From May 18 to June 30, Diego Ortiz Mugica presents "Water - Photographs, Black and White and Gray" at the CCK, a retrospective exhibition of 50 fine art works spanning more than forty years. 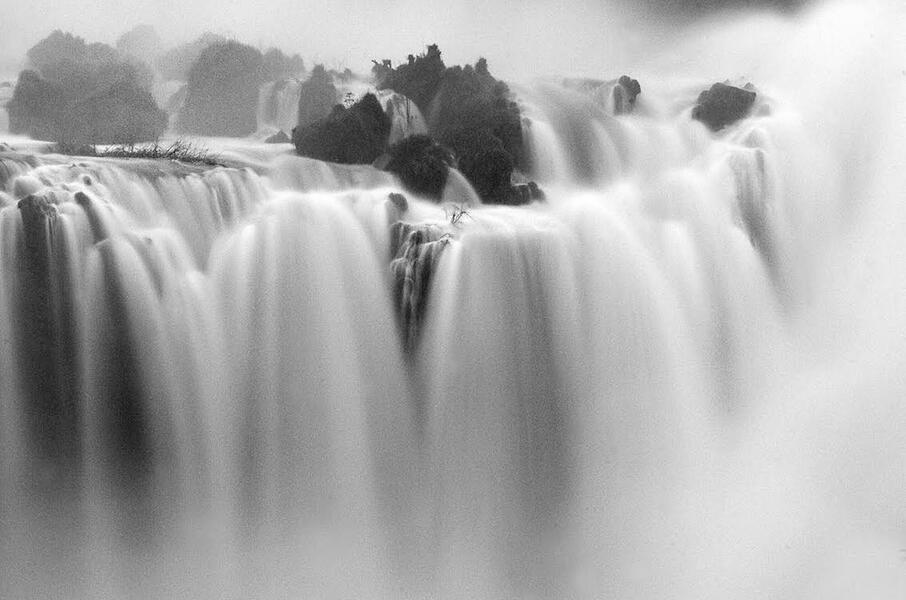 From May 18 to June 30, Diego Ortiz Mugica presents "Water - Photographs, Black and White and Gray" at the CCK, a retrospective exhibition of 50 fine art works spanning more than forty years. Landscapes, portraits, situations and objects recapitulate their particular look through the camera and work in laboratory, with the same conductor: water. "I believe that the immense magnitude that has taken Diego's work with photography is intimately linked to something that is revealed of his human condition. And that "something" is revealed in every atom and in each of the fibers that, from the moment they are discovered, never cease to vibrate in us. That is his universe, composed of a multitude of vibrations that never stop. And every vibration is deep and terribly revealing of a unique look ... That is what achieves his photographic universe, because that image was waiting all this time to reveal the immense magnitude of a look on the human condition "comments the writer Juan Pablo Domenech.


Diego Ortiz Mugica
Born in Buenos Aires, he is an exponent of black and white photography, and of the Zonal System in South America. He holds individual and collective exhibitions in Argentina and several cities around the world, such as the National Museum of Decorative Art, the Recoleta Cultural Center, Libertador General San Martín Square and his participation in the National Hall in the Palais de Glace, as well as New York (8), Palma de Mallorca (2) and Washington (2). He participates in several international art fairs: Arte BA, Festival de la Luz, Expotrastiendas, Buenos Aires Photo, Lima Photo, San Francisco Art Exhibition, Chicago Art Exhibition, Art Frankfurt and NY Affordable Art Fair. In 2001 he won the Lorenzo the Magnificent Award at the Biennial Internazionale dell Arte Contemporanea in Florence. His work is part of prestigious public and private collections such as the National Museum of Fine Arts, the Museum among the Hills of Jujuy, the Smith Collection and the Rabobank Collection. It is chosen to be part of the program Localheroes of Manfrotto, prestigious brand of products for photography and video. This program selects photographers who bring a different perspective from the world of photography. He has been a consultant for Kodak Professional Cono Sur for five years, giving seminars on black and white photography, lighting and digital photography for students, teachers and professional photographers in several provinces in the interior of the country, as well as in Uruguay, Chile and the United States . In 2007 he published his first book "Fly Fishing Moments with Mel Krieger", photographically documenting the adventures in Patagonia of the American master of fly fishing and fly casting, awarded as the "Best Book Printed and Edited in Argentina" by the Argentine Chamber of Publications In 2010, she edited "Argentine National Parks", which was drawn up by the President of the Nation, Dr. Cristina Fernández de Kirchner, who summed up, in a hundred black and white photographs, the beauty of Argentine protected areas in shots between 1995 and 2010. In 2014, he edited together with the Vivir Agradecidos Foundation, "Celebration: Brother David in Patagonia", with images of the Benedictine monk and pioneer of interreligious dialogue David Steindl-Rast. - Vicente López (Buenos Aires), where courses are given from February to November and, in Bariloche, intensive workshops and phototravels from December to March