Deslices, the new edition of Solo Show Zurich at arteBA 2017

arteBA Fundación announces a new edition of Solo Show Zurich at arteBA 2017, set to take place from Wednesday May 24th to Saturday, May 27th at La Rural in Buenos Aires. For this year’s edition, Sofía Hernández Chong Cuy (curator for contemporary art at the Colección Patricia Phelps de Cisneros, New York and Caracas) has been incorporated to curate the section. 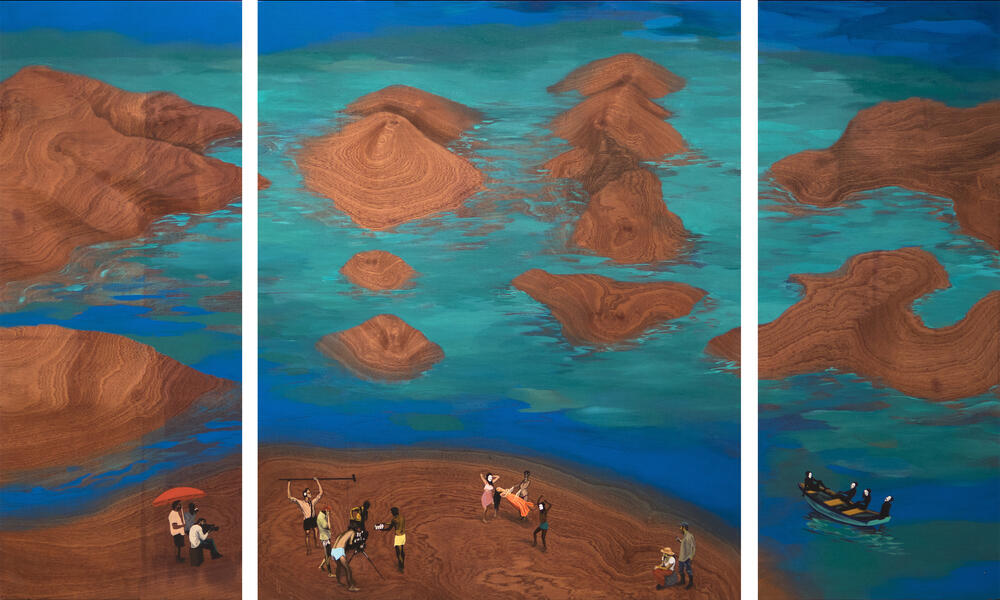 arteBA Fundación announces a new edition of Solo Show Zurich at arteBA 2017, set to take place from Wednesday May 24th to Saturday, May 27th at La Rural in Buenos Aires. For this year’s edition, Sofía Hernández Chong Cuy (curator for contemporary art at the Colección Patricia Phelps de Cisneros, New York and Caracas) has been incorporated to curate the section.

. In response to arteBA’s invitation, she has selected a group of Latin American artists whose work reveals the wide variety of approaches and sensibilities that give meaning to our time. From the standpoint of this selection, the curator formulates a very simple suggestion: “to immerse oneself in their work and move forward together with it, to live, feel and think about our present through these artists’ works”.

A curator invites Latin American artists and the galleries representing them to take part through individual exhibitions.

In our times, so digitally interconnected and so commercially globalized, the public is exposed to an enormous diversity of artistic expressions. Like never before. Relatedly, the public for contemporary art is more comprehensive and diverse than ever. Without being “insiders” art specialists, the public is also by and large more informed and involved in culture. While improvements into educational systems and art market booms deserve be mentioned here, say, as part of the engine expanding public and knowledge, I would like to point to another kind of influence. I want to refer to the so-called economy of experience, which has a direct effect on both the production and cultural appreciation of art. As it is well known, this type of economy goes beyond the provision of tangible products. Instead, it promotes memorable experiences—or at least it promises such experiences, and, undoubtedly, that is also the potentiality of art.

The contemporary art field isn’t naive about the working of the economy of experience. To begin, many visual artists actively working today recognize that their work—that sensitive approach to the world, that material production that makes sense of the world—contends with the commercialization of experiences, which offer unique occasions, as well as cultural bridges and at times also communities, to explore ideas and environments in meaningful ways. Many artists also recognize that their talents or given skills not only evolve, exist or ultimately concern the field of art alone. So, what is then the current position that the contemporary artist has? In the face of these socio-economic developments, what is the place or meanings of an artist’s work—of their kind of labor, their type of practice, their production? And for that matter, why would it be relevant to answer these questions?

In an attempt to address these questions, if tentatively, I tend to see the artist as a part of the extended public to which I have referred. That is, it is not a question of distinguishing an artist’s genius over that of others. It is to distinguish its attitude. Unlike members of the general public, artists have chosen to dedicate themselves to a type of production that, at best, is concerned with giving a methodical form to intuition not in simply experiencing its possible rewards, regardless of whether this is a possible or profitable task. In that very process, the artist creates a language and occasions something perceptible or perhaps existing but not experienced before. This is art’s peculiar generosity.