The Colombian artist, renowned for her work on victims of civil conflict in her home country, received the first edition of the Nomura award, the world’s most lucrative contemporary art prize. One million dollars that she will destine to her next work in the Acts of Mourning series. 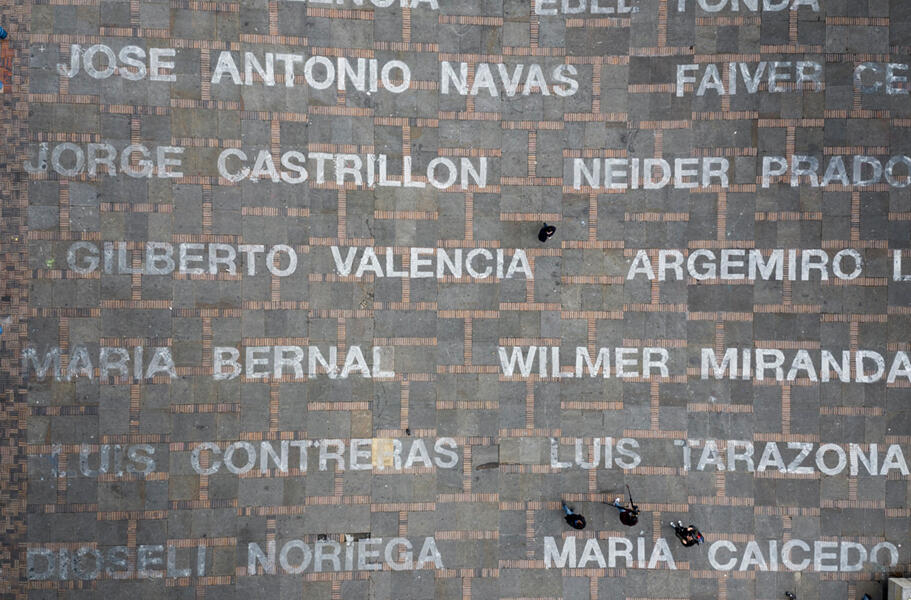 With a 25-year-long trajectory, Doris Salcedo, from Bogotá, received one of the most meaningful and remunerative recognitions in her career: the Nomura Art Award, delivered this year for the first time.

Salcedo’s name has carried her own weight for some time now. Her work has been exhibited in prestigious locations such as the Guggenheim (New York), the Tate Modern (London), the Pérez (Miami) or the Museum of Contemporary Art (Chicago). Appreciating a “deeply meaningful and formally inventive” work, this award adds to a series of recognitions that give testimony to a fruitful career.

Tireless and provocative, Salcedo’s recent work focuses on the civil conflict that has raged in Colombia for half a century. It seeks to honor the memory of victims through high visibility works that also include the participation of survivors in the creative process. The artist combines dichotomies like trauma and recovery or pain and dialogue in works of great scope that sometimes require many collaborators and considerable investments of time and organization.

In the work Fragments (2018), Salcedo melted 37 tons of weapons, handed in by the FARC militia as part of the peace agreement, to forge the tiles that make up the floor in a new exposition center. Construction had the help of survivors of the civil conflict, who hammered the tiles that represent what the artist has called an “anti-monument”, one that remembers without celebrating. With this year’s Shattered (Quebrantos, in Spanish), she covered a plaza in Bogotá by spelling the names of people murdered in the conflict. She is also the author of Shibboleth, a 167-meter-long crack exhibited at the Tate’s Turbine Hall and a symbol of the void that divides European communities and the immigrants that try to blend in to them, a void of incomprehension, discrimination and lack of empathy. According to Nicolas Serota, chair of the Arts Council England and a member of the jury, Salcedo has built a trajectory that “captures the anguish associated with the loss of loved ones and preserves the memory of traumatic events with an everyday character that give her work a universal meaning that speaks to people across the world”.

Although “unexpected”, the Colombian artist received the award with “humility and gratitude”, and said that she will now be able to “move ahead more quickly” and start to work on a piece on Cucuta, a region affected by paramilitary violence.