At the HACHE gallery in Buenos Aires, an individual exhibition by Diego Figueroa inaugurated. Mi Reina (My Queen) is the first exhibition of the Argentine artist exhibited in the gallery. From intertextualities with canonical works of art history, Figueroa wanders between the "legitimate" concept –introduced by the French thinker Pierre Bourdieu- and the popular. 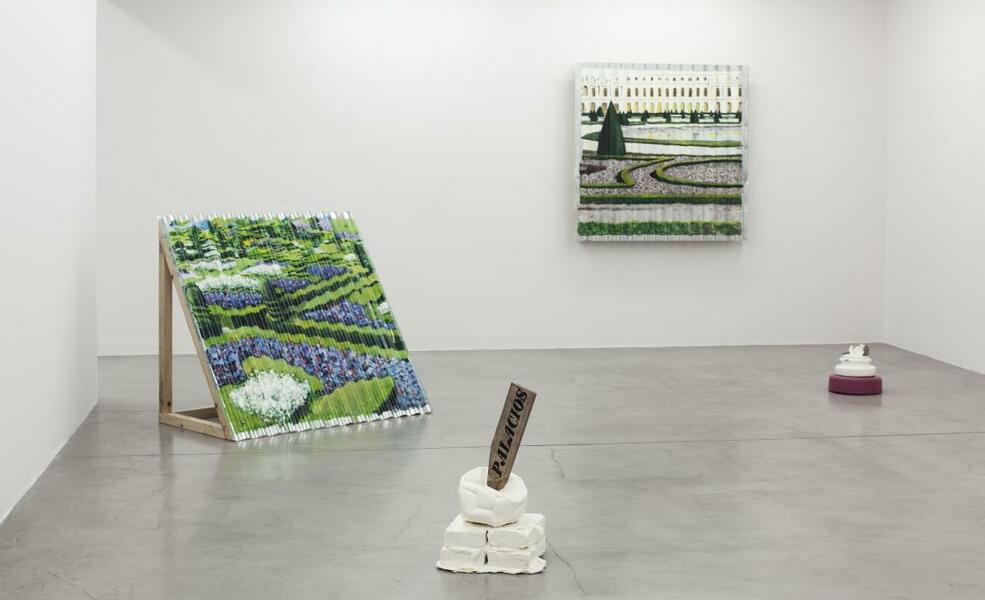 Through satire and irony, Figueroa, who lives in Chaco province since 1979, makes his paintings on everyday materials, thus, altering not only the use of objects, but also the meaning of their representations. The same happens with his sculptures. As Mi Reina curator Francisco Ali-Brouchard explains in the curatorial text: “To lessen and degrade means, Bakhtin argues, to bring down to earth. It is to negate and affirm at the same time, freeing the icy and distant forms of ‘serious’ aesthetics so that they are once again familiar and within reach, available for productive use”.

Likewise, the works presented by Figueroa interpret the popular within contemporaneity, a context in which access to classic works and popular contents are all located in the same place, horizontally. Figueroa, then intends to illustrate, if possible, what is popular today. " dialectic, the popular image and the image of the popular appear throughout Diego Figueroa’s production: “What is “the popular” today? How can the popular, insofar as imaginary and materials associated with the working class, form part of contemporary visual thought, that is, of art’s primary task—namely, the restoration of the image’s potential since, as Asger Jorn has warned us, there is “no power of imagination without powerful images?" writes Ali Brouchard.

In this way, the works exhibited in HACHE until February 2019 and that will participate in the Gallery Days on December 1st, oscillate between the popular, the contemporary and the formal, not by parallel paths, but simultaneously. As the curator of the exhibition explains, the review that Figueroa suggests in each piece are “very iconicness, both classical and popular. That ambiguity and universalization depreciates their value and their “distinction potential,” turning them into goods vulnerable to countless reinterpretations”.