Until August 26, the AmorePacific Museum of Art (APMA), of South Korea, presents within the new corporate headquarters of Amorepacific Corporation in Yongsan Decision Forest, an individual exhibition of Rafael Lozano-Hemmer, a Mexican-Canadian artist who since the early 90's dazzles the world with huge interactive installations in public spaces. 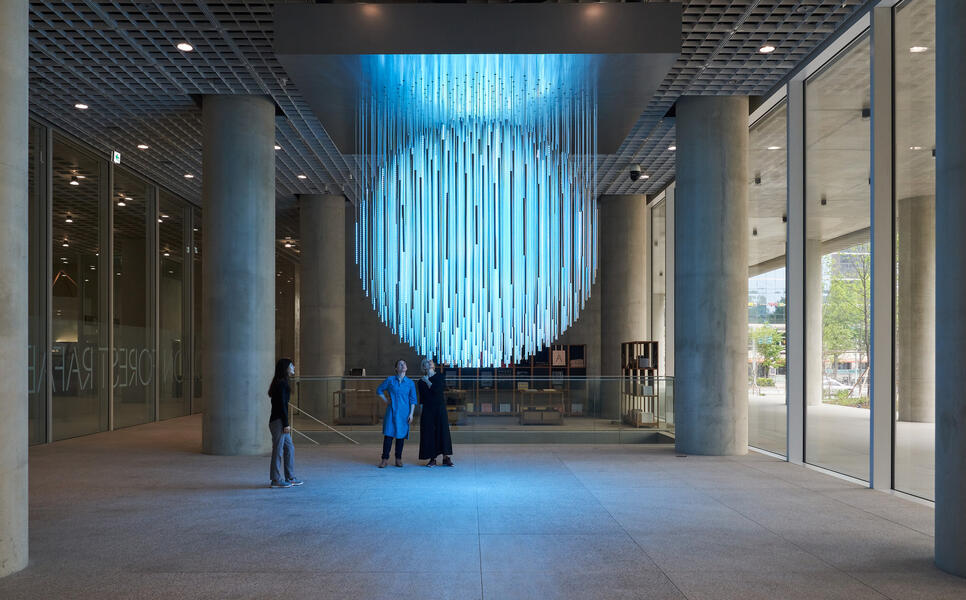 The Lozano-Hemmer exhibition includes both emblematic pieces, such as Surface Tension (1992), but also includes his most recent productions, exhibited for the first time. The event has a special significance for the Korean public, who has rarely had the opportunity to experience a large-scale interactive media exhibition.

From kinetic sculptures to biometric installations, such as interactive sound environments and digital sound environments, all the works exhibited in Decision Forest employ cutting-edge technological advances in virtual reality, nanotechnology and other areas that provide a variety of stimulating experiences.

In addition to literature and philosophy, the art of Lozano-Hemmer addresses issues such as the ubiquity of news, media and surveillance through the incorporation of closed circuit television mirrors. Using the bodies and movements of people as a direct interface, their work can respond to faces, voices, heartbeats or the distance between people.

On the other hand, Decision Forest - term used in computing - refers to the numerical values ​​generated by the choices and interactions of visitors, alluding to other concepts such as the uncontrollable nature of the public, its partial processes of perception and the creativity that can arise from an uncertain environment or indefinite space.