DANIEL BARCLAY IN LIMA: THE PRESENTNESS OF THE PAST

DANIEL BARCLAY IN LIMA: THE PRESENTNESS OF THE PAST

Daniel Barclay, São Paulo-based Peruvian artist, presents his first individual exhibition at the Vigil Gonzales gallery in Lima. Nuevo Loreto draws parallels between the end of Italian fascism and the Bolsonaro phenomenon in Brazil. Power, the symbols and art as a political tool. 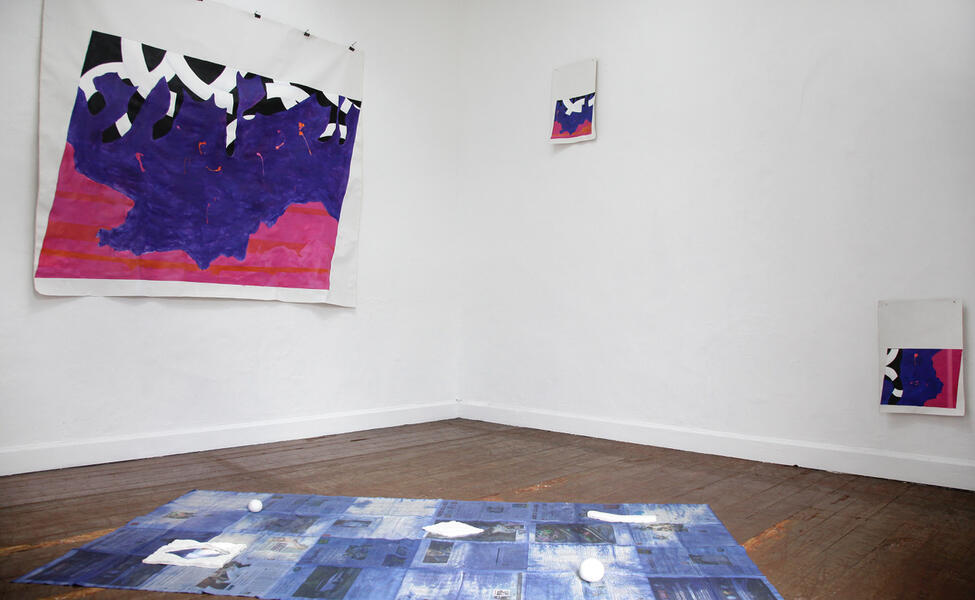 Nuevo Loreto, by Daniel Barclay, is a kind of symbolic subversion. In the face of the violent cultural, discursive and iconographic appropriation developed by the political propaganda of our day, in this particular case, the one issued by the Alliance for Brazil - a party led by President Jair Bolsonaro -, the Peruvian artist questions the manipulation of a series of intangible elements that constitute the collective imaginary of a nation and the consequences that such political discourse has on cultural identity and territory. However, the work presented here is not limited to a complaint: Barclay enters this game of appropriations and builds a counter-language that aims to dismantle, neutralize and strip of (symbolic) warmongering propaganda strategies that coerce the current socio-political context. Thus, the work returns to the public space a whole system of symbols.

In a fundamental essay,  the German philosopher Boris Groys writes: "The question of identity is not a question for truth but for power: who has power over my identity, me or society?" (Art workers, between the utopia and the archive, Caja Negra 2016). Barclay extends this question about collective identity: who has the power over national, cultural identity?  Society or Government?

Within that framework, Nuevo Loreto juxtaposes two historical facts that operate, from the media, in similar ways. On the one hand, Barclay brings to the exhibition space the photograph of Benito Mussolini and five other members of the Italian Social Republic hung upside down in Piazzale de Loreto (Milan, Italy) on April 29, 1945. On the other, he reproduces a series of images of the campaign and ascent of Jair Bolsonaro, but he presents them inverted and intervened. In that double gesture, mainly, lies his insurrection. Barclay goes to the archive to presage a form of government and its future, or better yet, proposes to anticipate it so that society can reappropriate what belongs to it before recovery involves force. In a nutshell, with the brush and creative work, the artist, as if it were a guerrilla within the media field, is done with this language - the repetition of images until the accumulation - and reveals the manipulation strategies.

In the second instance, the project highlights the physical dimension that involves violating the mythical and symbolic order. Without going any further, the novo ordem (new order) promoted by the Alliance for Brazil has triggered an environmental crisis well known to all. The deregulation of aboriginal land protection policies in the Amazon based on greater economic revenue is producing critical effects on this territory, a constitutive element -not just Brazil’s but of almost the entire South American region - of cultural identity. In this sense, the work reflects on two other axes: how do we define a region whose constitutive elements, both physical and symbolic, are in an unprecedented process of destruction; and the equivalent importance of geography and culture (in excessively broad terms) to take dimension of a space.

In short, the message given to us by Nuevo Loreto oscillates between the complaint and the action, between memory and the archive, between forms and power. A series of relationships that aim to put sovereignty over identification mechanisms in the hands of society. Barclay's work responds here, perhaps, to the demands of twentieth-century political art (from an obviously contemporary perspective), a fact that speaks to us not of a stagnation of artistic production but, quite the opposite, of an involution of the Latin American political class.