From the 13th to the 20th of May  the graphic work of the artist Claudio Tozzi from the last fifty years will be presented at the Caixa de San Pablo. 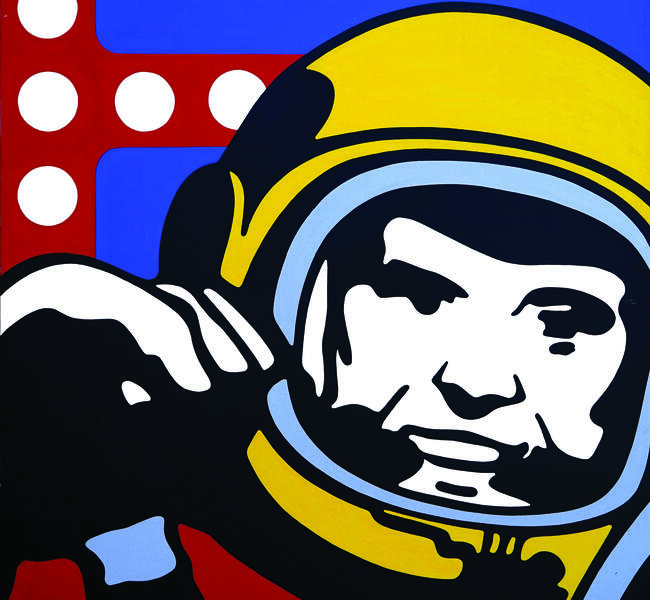 This exhibition is the result of an investigation by the curator and historian Manuel Neves, carried out at the École de su hautes Etudes en Sciences Sociales in Paris, which investigated the production of Brazilian art in the second half of the 1960s, where the work of Caludio Tozzi occupies a prominent place. The research in French language (not yet published in Brazil) that has the name: "Image Pop: Pop art presence and negation dans l'art brésilien des années supporting", was published in Europe by the Édition Universitaires Européennes, Saarbrücken.

The images referring to the exhibition include all the production of Tozzi in its various phases: crowds, bandit of red light, astronauts, screws, light pigment color, cuts to the most recent -territories. Technical solutions coherent with each phase of his pictorial production are presented, using varied processes of graphic reproduction: serigraphy, xerox, lithography, metal engraving, zinc off-set and digitography. There is in his production an absolute coherence of language between his painting and the means of reproduction used in each phase. Thus the plated colors of the astronauts and crowds of the 60s are reproduced by the process of screen printing. The most symbolic and contained screws require a more intimate technique: engraving in metal.

His most recent production requires techniques and superimpositions of graphic reticles that allow the viewer a broader perception of shape and color through the addition of the reticles with variations of their nuances.