Under president of the Botín Visual Arts Advisory Committee Foundation Vicente Todolí's curatorship, Cristina Iglesias: Interspaces is exhibited as a large-scale individual exhibition of one of the most recognized Spanish artists on the international scene. Including her most recent works, the sample condenses a large part of Iglesias' career.

San Sebastian's artist works have been characterized by the production of a new language within sculpture. Through contrasts between space and time, the hidden and the visible, the poetic and the philosophical, Cristina Iglesias explores the sculptural language and turns it into an immersive experience through her artworks. 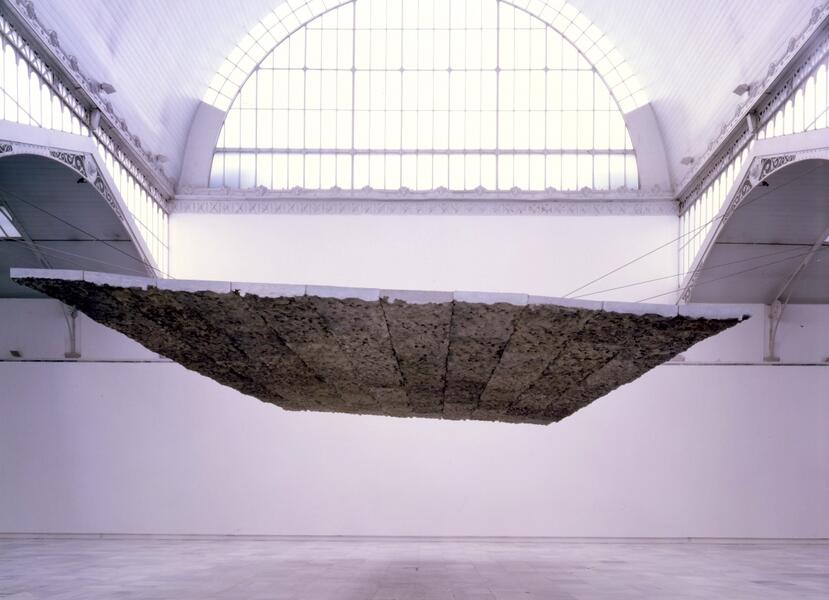 Starting with Desde lo subterráneo (From the underground) installation located in Pereda Gardens outside the foundation space. Inside, twenty-one works by Spanish artists occupy the different rooms of space, building a microcosm where each installation becomes a constituent element.

Throughout the show, visitors can explore the “imagined places” and the “profound sensorial landscapes” which the artist has created in her signature suspended latticework, rooms, corridors and pavilions as well as in her more recent works experimenting with new textures and materials.

The tension between the visible and the invisible underpins her well-known latticeworks like Celosía XI (Jalousie XI), 2006, and Impressions d´Afrique II (Impressions of Africa II), 2002, which emulate the wooden screens from Arab architecture that allow one to see without being seen. The light, when crossing through these constructions, casts shadows of the literary texts woven into the pieces.

At the same time, the large-scale installation Corredor suspendido I (Suspended Corridor I), 2006, invites spectators to enter into magical and surprising places through paths of reflections and shadows created by texts by J. G. Ballard infused in the piece, when light shines on them. At one end of the exhibition hall Pasaje I (Passage I), 2002, a nine by four metre work woven with esparto that transforms the architectural space, dialogues with the Jardines de Pereda outside.

The show also invites visitors to discover another profound landscape, Habitación vegetal III (Vegetation Room III), 2005, a natural grotto of exuberant vegetation carved in resin, bronze powder and fibreglass. As Michael Newman claims in the book accompanying the exhibition, grottos are “spaces of transformation linked with the thresholds of life and death, and nature and culture.”

Visitors can also see a series of works in which the artist makes use of reflecting surfaces like Habitación Acero Inoxidable (Stainless steel Room), 1996, Pabellón de cristal (Crystal Pavillion I), 2014, and even her large silkscreen prints (polytychs and triptychs), which play with the illusion of showing us real places using miniature scale models.

Finally, Cristina Iglesias: Interspaces premieres Growth I, made by the artist in 2018. This hollow, cylindrical work is composed by a rhizomatic growth of pseudo-natural forms that enclose crystalized masses of colour. The light, when cutting through this surface, projects the colour of the glass and the gaps between the roots into the centre of the space.

A unique chance to follow the changing sculptural language of Cristina Iglesias, winner of Spain’s National Visual Arts Prize, over the last two decades and her ongoing examination of sculpture and its relationship with space.