"CONTINUOUS PAST": THE CATALYST LANDSCAPE OF THE MEDITERRANEAN

In the EACC Espai d'Art Contemporani of Castelló, the Institut Valencià de Cultura presents Pasado Continuo. Colección Es Baluard (Continuous Past. Es Baluard Collection). Under Soad Houman and Nekane Aramburu -director of the Es Baluard Museum of Modern and Contemporary Art (until17/03/2019)- curatorship, the exhibition brings together artworks from different periods - all belonging to the Es Baluard Collection - and artists using the Mediterranean Sea as the central axis. The landscape that hosted an immense part of Western mythology and ancient history, and is, the scene of the relations between East and West is conceived in this exhibition as a space of time travel that unites strata of memory developed in a rhizomatic way between works that allude to different social, economic, historical and emotional components. 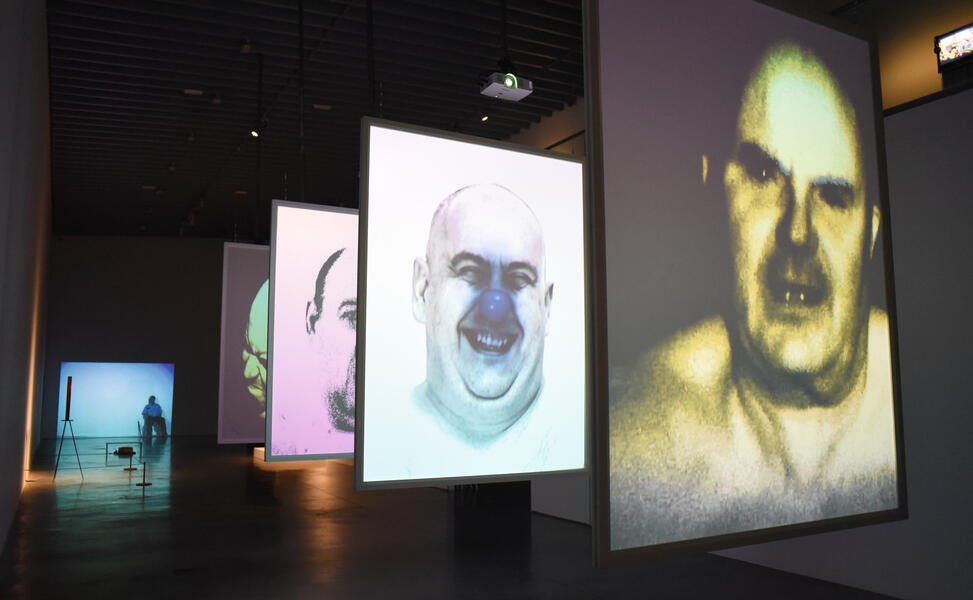 The artworks that constitute Pasado Continuo are interpreted as round trips that unfold time and that, by their arrangement in room, allow to make a contemporary reading of the landscape. With great participation of visual artists and filmmakers, but also with artists from more traditional disciplines such as painting or sculpture, the exhibition is displayed in a multiplicity of languages. Among the works exhibited are oeuvres by Elssie Ansareo & Alaitz Arenzana, Robert Cahen, Patty Chang, Carles Congost, Democracia (Pablo España & Iván López), Ana Gallardo, Iman Issa, Juan López, Teresa Matas, Bernardí Roig, Francisco Ruiz of Infante, Hassan Sharif and Eulàlia Valldosera, among others.

As explained from the museum, this exhibition is part of the Es Baluard Collection objective to promote the visibility of their works through transversality. In the case of Pasado Continuo, the pieces crossed from one shore to another of the Mediterranean Sea, echoing the central themes that the exhibition invites us to reflect on. Located in the capital of the Balearic Islands, the Es Baluard Museu d'Art Modern i Contemporani assumes with these gestures the challenges and opportunities that its geography offers at a historical, political and economic level.

The archive that Es Baluard has consists of a treasure of more than 700 oeuvres that, since 2004, year of its opening, has not stopped growing. Gathering works that go from the 19th century to the present, the museum has dedicated itself to placing special emphasis on the preservation of artists and works in relation to the islands as an epicenter of union between three continents that have shaken contemporary history.