COMMERCIAL GALLERIES IN THE FACE OF PANDEMIC - PArC CONVERSATIONS

In this OnLine edition, PArC 2020 will host an international platform for conversations with collectors, curators, gallery owners, artists, and museum directors. Through different media, Instagram Live and Zoom.  PArC 2020 will delve deep into Latin America’s market and museum situation during these Coronavirus-defined times. 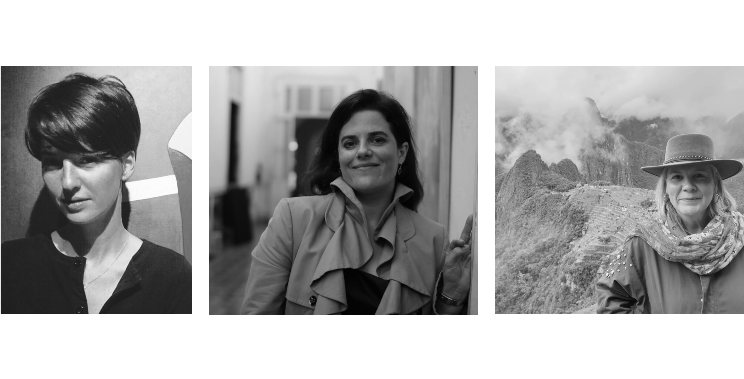 Dialogues, a conversation with Miguel A. López, curator of the Auditory, with gallerists Livia Benavides, director of  the 80m2 Gallery in Lima; Florencia Giordana Braun, director of Rolf Art Gallery of Buenos Aires; and Raquel Ponce, Co-Director of Ponce + Robles Gallery of Madrid.

Tuesday, May 19th at 11 am (Lima) via Zoom with previous registration and limited spaces.

Miguel A. López (b. 1983) is a writer, researcher and Co-Director and Chief Curator of TEOR/éTica, Costa Rica. His work investigates collaborative dynamics and feminist re-articulations of art and culture in recent decades.

He has curated exhibitions such as Social Energies/Life Forces; Natalia Iguiñiz: Art, Activism, Feminism (1994-2018) at the ICPNA, Lima, 2018; Balance and Collapse: Patricia Belli, Works 1986-2016 in TEOR/éTica, San José, and Fundación Ortiz Gurdian, Managua, 2016-2017; Teresa Burga, Air Structures (with Agustín Pérez Rubio) at MALBA, Buenos Aires, 2015; and the God is a faggot section of the 31st São Paulo Biennial (2014), among others. He has recently published the books Steal History: Counterrelations and Oppositional Artistic Practices (Heavy Metals, 2017); The Words of Others: Leon Ferrari and Rhetoric in Times of War (together with Ruth Estévez and Agustín Diez Fischer, REDCAT and JRP-Ringier, 2017); and Shake Before Use: Educational, Social and Artistic Movements in Latin America (together with Renata Cervetto, TEOR/éTica and MALBA, 2016).

He is a co-founder of Bisagra, an independent space active in Lima since 2014. In 2016 he was awarded the Independent Vision Curatorial Award, given every two years by Independent Curator International.

80M2 Livia Benavides is an art gallery specialized in Latin American conceptual art. The gallery opened in 2012 in Lima as a response to a scarce infrastructure for the arts. From there on, the gallery has focused on developing critical discourses on contemporary issues. We are interested in showing a plurality of voices, practices and aesthetics focused on political, environmental and social reflection.

Ponce + Robles is a project born out of the merging of two historical Madrilian gallerists, Raquel Ponce and José Robles. Together they gather more than three decades of experience promoting the latest of Spanish art; both of them have frequented art fairs like ArcoMadrid, Zona Maco in Mexico DF, Art Lima and Volta in Basel. Their new gallery is born with the aim of increasing the presence of the Spanish artists they represent in the international scene, while bringing international emerging creations to the Spanish market.

READ MORE: MADRID - THE PONCE + ROBLES GALLERY AND THE CHALLENGES AND SOLUTIONS THEY FIND DAY BY DAY

Rolf Art, located in Buenos Aires and founded by Florencia Giordana Braun in 2009, focuses on contemporary Latin American visual arts. The gallery features works exploring photographic media and its boundaries. The selection of artists considers pieces with an inextricable union between critical density and aesthetic values, the relationship between formal strategies and conceptual depth is always in conflict. The curatorial profile of the gallery first and foremost challenges the political context and the representation of what is considered a political image within the boundaries of the photographic medium. It also considers the social and economical context of artistic production and understands it as a determining factor for art’s interpretation.