On August 16 at the Cuban Photo Library, the Peruvian artist Sonia Cunliffe (Lima, 1966) will exhibit Documentos Extraviados: Niños de Chernóbil en Cuba (Lost Documents: Chernobyl Children in Cuba). After her renowned Chernobyl Series, Cunliffe makes a reading of the documentation and files of the investigation carried out by the Cuban journalist Maribel Acosta. The exhibition opens next Friday afternoon at the Fototeca de Cuba (307 Calle Mercaderes), next to the Old Square of Havana. 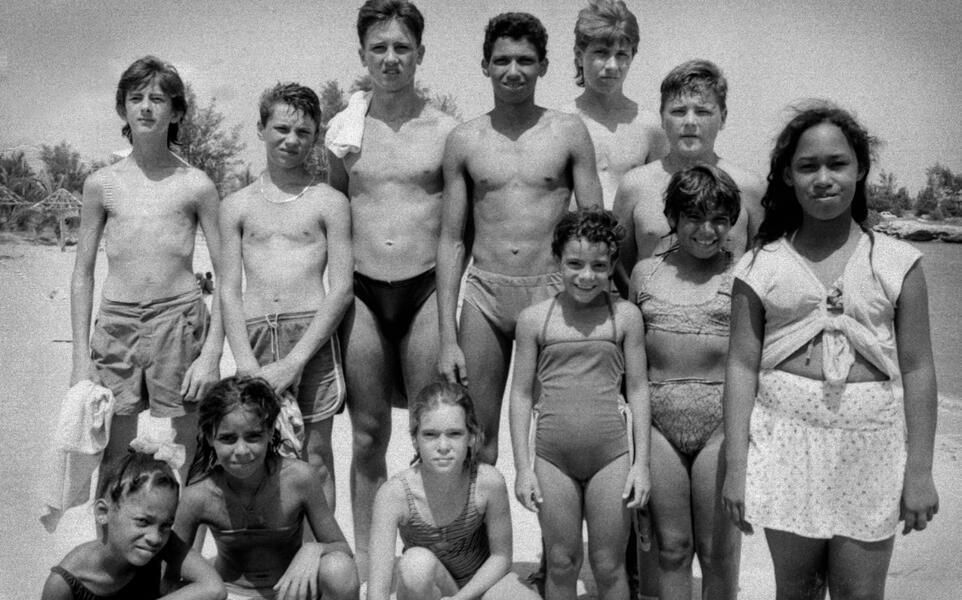 The Peruvian artist establishes a dialogue between the documents –from photographs to press clippings- that constitute the current account of the program with its main actors: doctors, translators and patients who were part of the program for more than two decades. In this way, Documentos Extraviados: Niños de Chernóbil en Cuba plays with the temporality of the event / project and its relationship with the investigation of Maribel Acosta who managed to rescue archives, images and invaluable testimonies.

The exhibition takes place within the framework of the 500 years of Havana’s foundation. As a consequence, the exhibition will be one of the most outstanding activities within the programming of the Cuban city. One of the most interesting activations will be the International Colloquium, Chernobyl in Cuba: stories of its protagonists that will take place on August 17: experts, patients and staff from Ukraine and Cuba who participated in the humanitarian program that lasted more than two decades will be invited to see the exhibition and, in some way, revisit the event and share their perspectives from the present.

Finally, Documentos Extraviados: Niños de Chernóbil en Cuba contracted in their inauguration with live music written especially for the project El Lamento de Luisa for string quartet, by the young Cuban music student Jorge F. Acosta, transversal axis that articulates the exhibition based on the book Chernobyl Voices by the Belarusian journalist Svetlana Alexevich, Nobel Prize for Literature. Previously, the exhibition was exhibited in Lima (2016), Miami (2016) and in the very city of Havana (2017). In October he will participate in the Asunción Biennial, in Paraguay, in October.

The so-called Cuban Program of Comprehensive Medical Care for Children Related to the Chernobyl Accident was a humanitarian program that was implemented between 1990 and 2011 for free for more than 26 thousand children from Russia, Ukraine and Belarus sent to Cuba. After the nuclear explosion reactor of Chernobyl, thousands of children from the then Soviet Union arrived in the Caribbean country to be treated. Coincidentally, the humanitarian crisis coincided with the worst economic period in Cuba, and with the disappearance of the former Socialist Camp. However, the program continued until the 21st century and has been recognized by the International Atomic Energy Organization for the contributions made in scientific and humanitarian matters.