CARLOS MOTTA: WE THE ENEMY, IN CALIFORNIA

CARLOS MOTTA: WE THE ENEMY, IN CALIFORNIA

The Institute of the Arts and Sciences (IAS) and the Mary Porter Senson Art Gallery at UC Santa Cruz present Carlos Motta: We The Enemy, the West Coast premiere solo exhibition by the internationally acclaimed Colombian artist. From January 23 to March 14, 2020. 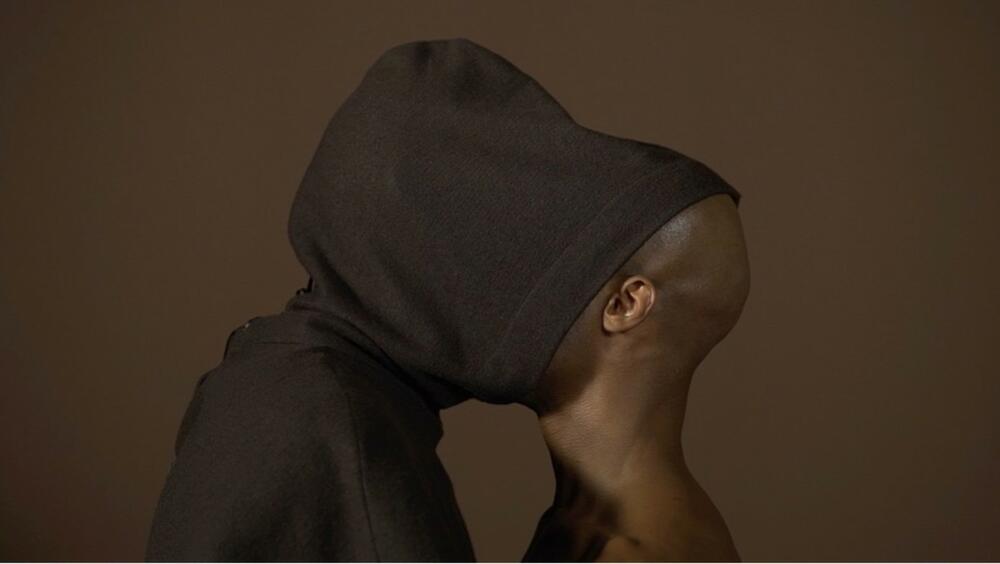 We The Enemy features recent Works that question -and challenge- how productions of difference propel social oppression. With video installation performance documentation and works in other media, We The Enemy tracks the persecution of LGBTQIA+ individuals from ecclesiastical colonialism in the Americas to current border politics and through the history of medical research and HIV/AIDS.

Here, a review by Rachel Nelson, interim director of the Institute of the Arts and Sciences, UC California.

A Political Reckoning and a Rising Resistance

“The power of the state rests on its ability to consume time, that is, to abolish the archive and anaesthetise the past.”

“Fundamentally, the dead should be formally prohibited from stirring up disorder in the present.” —Achille Mbembe

Carlos Motta: We The Enemy, an exhibition of recent works by the internationally acclaimed artist, gathers suppressed histories of social and political subjection from different corners of history—from the persecution of LGBTQIA+ individuals under ecclesiastical colonialism in the Americas to the fraught history of medical research and HIV/AIDS. With video works and performance documentation, historical subjugations and present abuses overlap and times merge in We The Enemy. And, yet, there is no drowning in these currents of trauma. Instead, the oppressed are unmoored from history in Motta’s poignant and stirring artworks and stand together, a rising and palpable resistance.

The exhibition begins with the sounds of the world cleaving.

The artwork that opens the show and which gives it is name, We The Enemy, 2019, is a video manifesto by a collective Motta formed with John Arthur Peetz and Carlos Maria Romero known as SPIT! (Sodomites, Perverts, Inverts Together!) The manifesto compiles the litany of slurs and insults that have been directed at LGBTQIA+ people. For the video, the Greek artist Despina Zacharopoulou carefully enunciates the terms, “fairies…dykes…AIDS carriers.” The compilation of abuses reverberates from the biblical past “sodomite” to today’s sharp twist, “those on PrEP,”(1) a paired down telling of a long history of social and political disenfranchisement. The archive of insults resonates against the backdrop of recent United States legislation that allows discrimination based on sexual orientation and gender identity under the guise of “religious protections” and bans transgender individuals from serving in the military. This history constructed through denigration also names the broader mode of nationalism under which such discrimination thrives. Highlighting the historical emphasis on rendering some—delineated through sexual desire and gender identification—enemies, the exhibition draws a line between current oppressions and the political philosophy detailed by German theorist Carl Schmitt in 1927. A conservative who joined the Nazi party in 1933, Schmitt was describing and prescribing a political methodology when he wrote “the specific political distinction to which political actions and motives can be reduced is that between friend and enemy.”2 According to Schmitt, political unity and national pride are best achieved by finding common cause in identifying enemies and rooting them out.

We The Enemy takes historical inventory and suggests a reckoning is coming from this longstanding divisive politics. There is a brief silence following the last slur, “degenerates.” Then, a warning: “We…are and will always be the enemy.” With these words, We The Enemy begins to assemble those made enemies across decades and centuries of discrimination and oppression.

Corpo Fechado: The Devil’s Work, 2019, the next work in the exhibition, is part of this gathering. The 24-minute multilayered video dramatizes the true story of José Francisco Pereira, who in the 18th century was kidnapped from West Africa and sold into slavery in Brazil. In 1731, after Pereira was sold to a slaveholder in Portugal, the courts of the Lisbon Inquisition tried him for sorcery for creating and distributing bolsas de mandinga—amulets to protect the enslaved. He was also charged with sodomy. For these perceived crimes, Pereira was exiled from Lisbon and condemned to end his days rowing in a galley, never again to set foot on shore. 3

Corpo Fechado summons Pereira—sorcerer and sodomite—from the seas in which he was banished. Pereira emerges, staring out of the screen with large, luminous eyes, now “perhaps” the angel of history described by German Jewish philosopher Walter Benjamin. In his critique of historicism and rejection of the idea of time as the continuum of progress, Benjamin describes the angel of history being propelled into the future with his face turned towards the past, staring in horror at the wreckage accumulating before him. 4

“A storm is blowing from Paradise and has got caught in his wings; it is so strong that the angel can no longer close them. This storm drives him irresistibly into the future to which his back is turned, while the pile of debris before him grows toward the sky. What we call progress is this storm.” 5

Pereira’s gaze remains fixed as he describes the ruins that trail with him as he is blown into our shared future– of being kidnapped, stripped of his name, and baptized a slave. In between texts woven together from Inquisition trial records and Saint Peter Damian’s infamous Book of Gomorrah, 1049, which declared sodomy as an unrepentable sin, Pereira speaks of rituals practiced in the struggle for freedom and the desires of inhabiting a body deemed “impenetrable” by the Church and those who claim to own him. Cloaked in the robes of his twin crimes—sorcery and sodomy—Pereira wanders through churches and museums in Portugal, the baroque backdrop of Corpo Fechado, tracing the “progress” of the history that condemned him for his beliefs and desires. 6

This progress (and persecution) tracks into the present in an accompanying video interview, I Mark My Presence with my Own Beliefs, 2019, with the actor who plays Pereira, Paulo Pascoal. The actor explains that when he came out as gay in a 2014 TEDxLuanda talk, he was subsequently forced into exile from his home country, Angola. He now resides in Lisbon, trapped in a sort of immigration limbo, unable to re-enter Portugal if he should leave. The lives of these two men born hundreds of years merge across the two videos, as current immigration politics blend into a history of theology, slavery, and colonialism.

In the epigraph that opens this essay, Achille Mbembe argues that present politics depend on omissions of the past. As he writes, “the power of the state rests on its ability to consume time…anaesthetise the past,” and omit from history that which disrupts present narratives of progress. 7 Current time has much to fear from history, in Mbembe’s assessment, and from the dead who, if awakened, can stir “up disorder.” 8 Motta has summoned Pereira as sorcerer, sodomite, and angel back from the dead. Beyond bearing witness to past ruins of the past, he brings with him a history to wreak havoc on the present.

In the final small gallery of We The Enemy is Legacy, 2019, the video documentation of a 27-minute endurance performance by Motta. For this performance, the artist wears a dental gag as he attempts to tell the timeline of HIV/AIDS from 1908 to 2019, as dictated to him by the U.S. radio broadcaster Ari Shapiro. With his mouth forced open by the metal instrument, the history that Motta tries to tell, one in which people, primarily LGBTQIA+, are left to die through governmental and medical neglect, is rendered almost unspeakable. The performance enacts the difficulties of recovering pasts and bringing back the dead. And yet, it is precisely within the confusion created by a history obscured that the dead gather, intent on disordering the present.

In Motta’s resurrection of harsh records of persecution and oppression of people rendered different by gender, sexuality, and race, histories accumulate. One of the curses of history is that it is impossible to change the course leading to the current moment. Despite the terrible inevitability of the past, however, Motta’s powerful artworks evoke history in order to make ruins out of present structures of persecution and discrimination. We The Enemy begins and ends in defiance: if we are the enemies, then enemies we shall be—united against those who are friends to oppression.

Epigraph. Achille Mbembe. “The Power of the Archive and its Limits.” Refiguring the Archive. (CapeTown: David Philip Publishers, 2002), 19–26.

1. Pre-exposure prophylaxis (or PrEP) is a daily medicine that can be taken to prevent HIV.