The National Museum of Fine Arts presents a series of programs, activities, virtual talks and exhibitions to celebrate the centennial anniversary of the renowned Argentine artist’s birth (1920-2020). 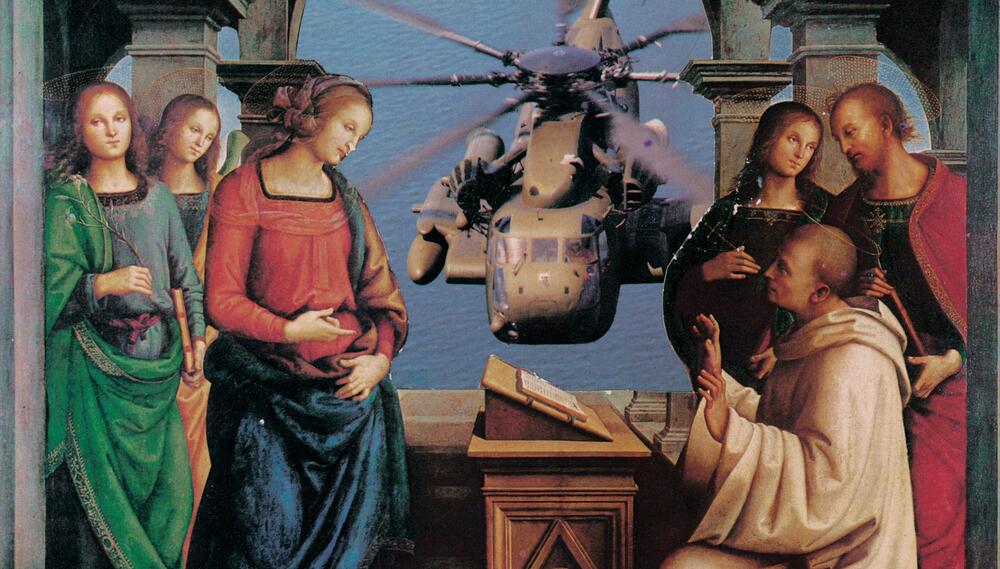 The anthological exhibition “León Ferrari. Recurrences”, curated by Cecilia Rabossi and Andrés Duprat scheduled for April 2020, had to be postponed due to the global emergency caused by the Covid-19 pandemic and will inaugurate the 2022 season of the Museum.

“Leon Ferrari. Recurrences” gives an account of the formal searches, and the concerns and obsessions that spanned more than half a century of the artist's prolific production. The forms of violence, power abusing, injustices, religions’ intolerance and the tragedy of war are some of the axes that Ferrari addressed in his works and writings with grace, lucidity and self-confidence, and that will be present in this exhibition.

In the entrance hall of the Bellas Artes, and as a symbol of the celebrations, his most emblematic work, "Western and Christian Civilization” (Ferrari, 1965) was mounted, so that, even when the Museum is closed to visitors, the artwork can be observed from the sidewalk. In 2021, this piece will be part of an exhibition that will tour three important museums in Europe - the Museo Nacional Centro de Arte Reina Sofía, in Madrid; the Van Abbemuseum, Eindhoven; and the Centre Pompidou, in Paris -, to later return to the Bellas Artes where it will occupy a central place in the 2022 anthological exhibition.

Simultaneously, on the website (bellasartes.gob.ar) and on the institution's social networks, the Museum will progressively share information about León Ferrari: works, writings, audiovisual material and testimonies from friends, colleagues, curators and other personalities that evoke and remember him.

Andrés Duprat, director of the Fine Arts, put in words about León Ferrari:

“I had the joy of being his friend and knowing him in private. In addition to being a great artist, he was a man of exceptional qualities, broad generosity and a keen intelligence marked by extraordinary nobility. He was someone absolutely committed not only to his work, but to anyone who required his help, promoting young artists, even financially assisting those who needed it. Studious, prolific, supportive, owner of a remarkable lucidity and sense of humor, at times fierce, without ties, typical of the freethinker that he was. His engineering training gave him method and rigor; nothing is casual or superficial in his works, the fruit of meditations that have matured sometimes for decades and of technical, artisan work, obsessively cultivated to perfection.

In his career he put his aptitude in various trades at stake. A multidisciplinary artist, he was a painter, printmaker, draftsman, sculptor, also a great theorist and controversialist. He ventured into other disciplines, such as music, dramaturgy, film production, and essay writing. His formal experimentations included carvings and ceramics; wire structures conceived as geometric constructions and abstract drawings; overflowing writings, transcriptions and calligraphies; collages, Brailles and assemblages that, by putting dissimilar elements in dialogue, generate new meanings, not exempt from humor and denunciation; paranoid architecture sketches, impossible city designs and expanded polyurethane planets, among other searches. He was definitely a humanist, a contemporary Renaissance-style personality, interested in everything that concerns man and his circumstances”.