The Fundação Bienal de São Paulo announces a free digital program, mostly bilingual, conceived after the decision to postpone the group show of the 34th Bienal de São Paulo – Faz escuro mas eu canto [Though it is dark, still I sing] to 2021. Aimed at diverse audiences, activities range from live streams with curators and guests to mini courses and interviews with the artists at their studios, as well as actions focused on an education-related audience, in line with the institution's strong educational tradition. 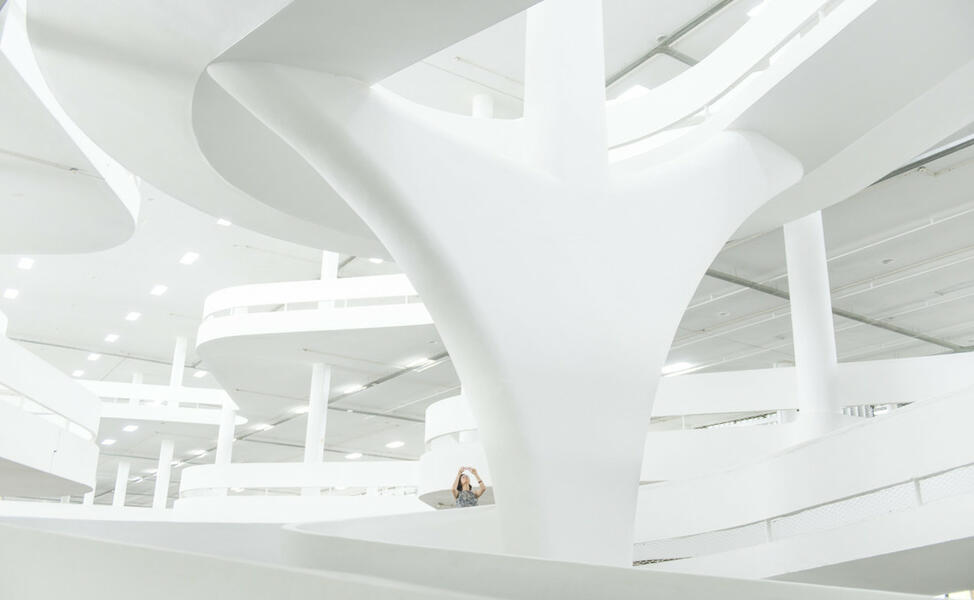 This program, which runs from September 2020 to August 2021, will be complemented by a series of institutional projects in the first half of 2021, when the Fundação celebrates the 70th anniversary of the 1st Bienal de São Paulo.

"Since 1996, even before the scale of internet access we see today, the Fundação Bienal began to produce sites and digital content because it recognizes the important role this medium could play in the diffusion of contemporary art to a wider, more diverse audience than that able to attend the Bienal Pavilion – a vision of the internet and its potentialities that has proven right throughout its more than two decades of digital presence. During the past few months, when faced with restrictions on people circulating, these digital initiatives became even more important as sources for substitute aesthetic experiences or, when it comes to countries where a more flexible quarantine has already been adopted, it complements the experience one can have in exhibition halls," states José Olympio da Veiga Pereira, president of the Fundação Bienal de São Paulo.

The 34th Bienal de São Paulo in the digital environment

Every 45 days, the curators of the 34th Bienal will get together with guests to debate one of the show statements – history-filled objects, around which the works will be distributed in the event, suggesting multidimensional poetic readings. Each meeting, always bilingual, will feature the curators’ and a special guest’s live entries, and pre-recorded interviews with artists participating in the show. At the end, the curator and the guest speaker will answer questions from the audience.

12 Studio visits: once a month, artists from the 34th Bienal will open their studios and speak about their trajectories, the works they are producing for the Bienal and their current research, beginning with questions and provocations set forward by the curatorial team. The bilingual videos will be shown on the Bienal’s Instagram page and will be available on the 34th Bienal website

Founded in 1962, the Fundação Bienal de São Paulo is a nonprofit private institution with no political or religious affiliations, whose actions aim to achieve democratic access to culture, besides stimulating interest in artistic creations. Every two years, the Fundação launches the Bienal de São Paulo, the Southern Hemisphere’s largest art show, and its itinerant exhibitions are shown in several cities in Brazil and abroad. The institution is also a guardian of two Latin American cultural and artistic assets: a historical archive on modern and contemporary art, which is a reference for all Latin America, and the Ciccillo Matarazzo Pavilion, the headquarters of the Fundação, designed by architect Oscar Niemeyer and listed as a monument by the federal heritage office. Since 1995, the Fundação has also taken the responsibility to conceive and produce the Brazilian art and architecture representations at the Venice Biennales, a privilege granted by the federal government in recognition of the excellence of its contributions to Brazilian culture.

Marked by the encounter and mutual potentiation between curatorial project and institutional performance, the 34th Bienal de São Paulo emphasizes the multiple possible readings of a work of art or a show. To get there, it adopted an innovative working structure which included the shows and actions presented in the Bienal Pavilion since February 2020, and coordination with a network of São Paulo institutions.

With Jacopo Crivelli Visconti as its chief curator, the 34th Bienal curatorial team is composed of Paulo Miyada (adjunct curator), Carla Zaccagnini, Francesco Stocchi and Ruth Estévez (guest curators). To conceive the publications, Elvira Dyangani Ose acts as invited editor, in collaboration with The Showroom, London. Understood as a statement rather than a theme, the title of the 34th Bienal de São Paulo, Faz escuro mas eu canto, is a verse by poet Thiago de Mello (1926, Barreirinha, AM).