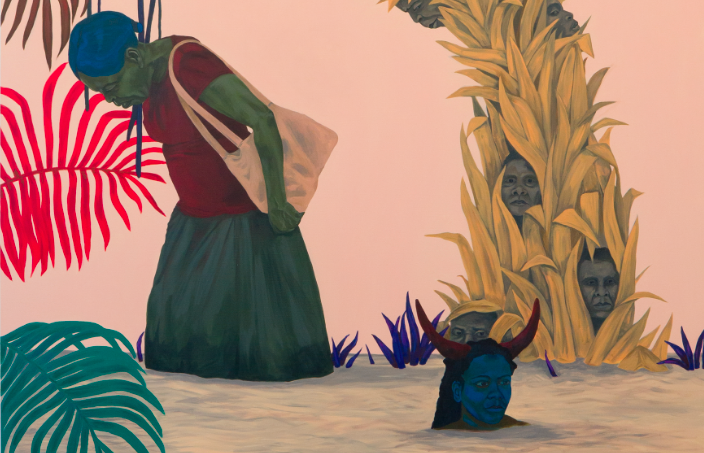 This first exhibition at KBH.G features 11 artists from across the Caribbean and its cultural diaspora, and has been co-produced with the Caribbean Art Initiative (CAI), a Basel-based not-for-profit organization which promotes Caribbean art and culture worldwide.

The curatorial team for this exhibition was selected in an open call process. Participation was limited to curators born or resident in the Caribbean who actively work with Caribbean artists. The exhibition - the first of its kind in Switzerland - enables them to share their vision of the region with a broader public and to introduce this complex and rich artistic landscape to a new audience.

Jiménez Suriel and Guardiola used the BaslerTreaty of 1795 as the starting point for the exhibition and emphasized the historical connection between the city of Basel and the Caribbean. The Treaty of Basel of 1795 marked the formal end of the two-year war between the French First Republic and the Spanish monarchy. It provided for the redistribution of different regions, and was signed on the neutral territory of Basel. It is one of numerous examples of the redistribution of colonial Caribbean territory without regard to the peoples involved and directly affected. Based on Édouard Glissant and Kamau Brathwaite, who used the term Créolité, Jiménez Suriel and Guardiola bring together artists who break with imposed cultural expectations.