BAPHOTO: THE FAIR IS CONSTITUTED AS A KEY SPACE AROUND THE PHOTOGRAPHIC DEVICE

Today is the last day of BAphoto 2019! Within the framework of its fifteenth anniversary, BAphoto summoned thousands of visitors who toured the galleries' stands; they were part of a living artwork with Vivian Galbán, in Exposition in real time; participated in the lectures of experts such as Mike Robinson, American researcher and daguerreotype, Gustavo Buntinx, curator of the Pavilion of Peru at the 58th Venice Biennale, and the Colombian curator and researcher Oscar Roldán, among many others. 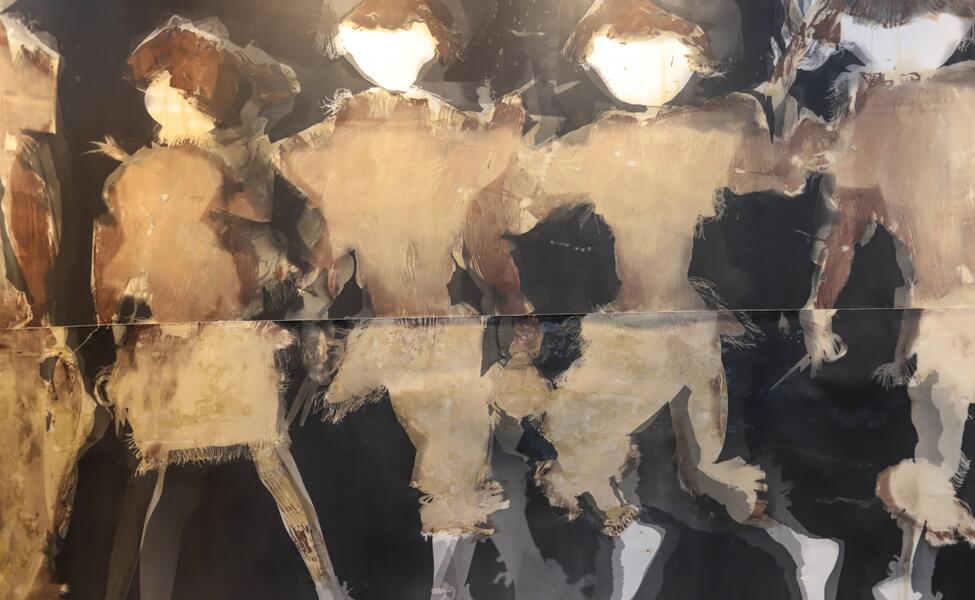 On the day of its closure, the fair continues with its intensive programming in the auditorium - artists Francisco López and Marcos Zimmerman will talk about Argentina's vision of the interior of the country (16:45), photographers Michel Marcú and Gabriela Ramos will reflect on theater photography and the possibility of producing work on other works (18:00), and the discussion Photography and video as a tool of socio-political and cultural research between Gaby Messina, Ana Paula Penchaszadeh, Mariana Rodriguez, Graciela Taquini and Federico Pita - and around the fair with a guided tour by the Argentine artist Lorena Fernández (18:00).

With exceptional content, both galleries and curatorial projects - Links Project, curated by Valeria González and Mercedes Claus, and Out of Focus, curated by Spaniard Alfredo Aracil -, BAphoto 2019 approached this year the artwork of artists of international projection such as Adrián Villar Rojas, Luciana Lamothe, Roberto Huarcaya and Alejandro Kuropatwa, in addition to the greatest exponents of modern photography such as Annemarie Heinrich, George Friedman, Anatole Saderman, Pedro Otero - to whom the fair dedicates the Artist Homage section, where more than twenty original copies of the artist of Avellaneda - and Humberto Rivas; it gave visibility to the enormous contemporary production within the Latin American scene.

Finally, it is worth mentioning the exhibition of three projects that were never presented to the public before: in the Sasha Dávila gallery they present thirty-five frames of an experimental film of the 60s directed by Alejandro Mathe intervened by the painter Carlos Alonso; The Nora Fisch Gallery exhibits a series of photographs taken by Anatole Saderman to Biyina Klappenbach, precursor of the performing art; and the artwork Padres danzantes de tijeras(Dancing Fathers of Scissors), a photogenic drawing developed in collaboration with the Andean communities.

On its last day, BAphoto has proven to be up to the most relevant photography fairs in the world. The fair marks a new stage and is positioned not only as a point of commercial exchange, but also as a meeting place and exchange around the photographic device.