The week of arteBA 2018 was a celebration of art in Buenos Aires. A large number of public was invited to participate in a comprehensive program of activities that, for the first time, included free guided tours, workshops for children, live performances in various sections and talk and presentation programs among which topics such as collecting predominated , public and private support for art and feminism. 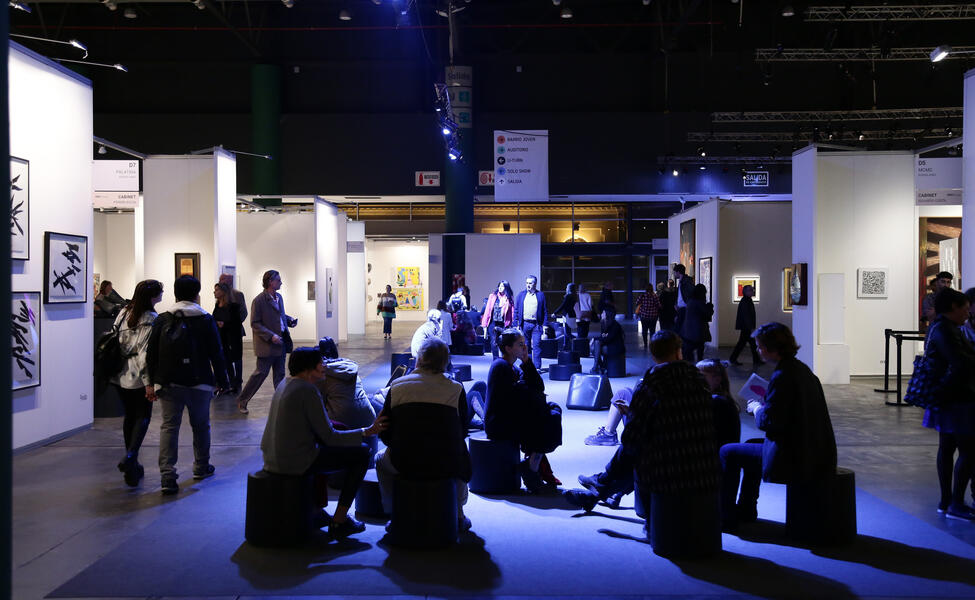 The increase in the number of visitors was felt in the corridors of the fair, whose architectural redesign made it possible to offer visitors a new journey experience to enjoy the high quality of proposals in all sections. For the galleries the sales were optimal, several of them had to replace work and thanks to the Procurement Program of this edition, dozens of artists will be part of collections of museums in the country and the world.

This was the second edition of HSBC as Main Sponsor and more than 400 artists and 84 galleries from 27 cities participated: Barcelona, ​​Berlin, Bogota, Buenos Aires, Caracas, Mexico City, Córdoba, Guadalajara, Guatemala, La Plata, Lima, Los Angeles, Madrid, Mendoza, Miami, Montevideo, New York, Punta del Este, Rio de Janeiro, Rosario, Salta, San Juan de Puerto Rico, San, Miguel de Tucumán, San Pablo, Santiago de Chile, Sevilla, Valencia . The Main Section, where most of the acquisitions were concentrated, premiered the Stage IRSA for the youngest galleries in its section and selected 17 for the Cabinet GNV Group. Only Show Zurich had the curatorship of José Luis Blondet who also took the opportunity to make acquisitions for the LACMA (Los Angeles County Museum of Art). In U-Turn Project Rooms, her curator Magalí Arriola invited 12 gallery projects to be discussed and in turn installed a space for performances by Jimena Croceri, Emanuel Tovar and a very special ceremony by the artists Faivovich & Goldberg who took advantage of the event. arteBA to make a formal donation of a meteorite to the Argentine Scientific Community and encapsulate it for 100 years. This year Barrio Joven, curated by Miguel A. López and Santiago Villanueva, opened a circle aimed at an intense program of performances proposed by the participating galleries. In this section, in addition, the Prize was announced on Thursday afternoon, which, in its 11th edition, organized by Joaquín Rodríguez and Abel Guaglianone, managed to raise a total amount of 240 thousand pesos that reached to give three prizes of $ 80 thousand pesos: one to the Lateral gallery (Tucumán) and two to the artists: Nina Kovensky from El Gran Vidrio gallery (Córdoba) -whose installation decreased reality was acquired within the framework of the Federal Museums Program by the Castagnino Museum + macro- and Fatima Pecci Carou from Galería Piedras, whose work was also the cover of arteBA magazine # 5, edited by Agustín Pérez Rubio and Leticia Obeid. The Performance Box section, in its second edition coordinated by the Performance Biennial, thanks to the support of Arte x Arte, gave life to the fair, with on-site presentations and a video program curated by Rodrigo Alonso that kept the audience present in the future. expectation. Zoom Quinquela Funds was another great novelty of the fair, curated by Alejandro Aguado, who selected two large installations to enter the fair: one by Gyula Kosice and another by Tomás Saraceno. Isla de Ediciones, sponsored by Fundacion Proa and designed by Federico Churba, was also highlighted by a complete program of book presentations and discussion tables focused on feminism and gender issues and also by its table of Independents, coordinated by Pulso , it grew in quantity and in space with an exhibition that compiled a fanzine archive.

Finally, the Open Forum, with the support of Buenos Aires City, convened a diverse audience to this one that offered talks about and with artists, conversations about private and public support for art and a Prime Time focused on experiences and trajectories promoted by prominent national and international collectors.