Among the three mentions of the Community of Madrid ARCO Awards for the under 40 production of artists, the young Argentine artist Osías Yanov was awarded for his artwork Escaleras (Stairs).

Within the framework of the Spanish fair ARCOmadrid, the Community of Madrid has given special recognition since 2004 to young artists who exhibit their works at the arfair held at IFEMA. Among the three mentioned, José Díaz (Madrid, 1981), Nora Aurrekoetxea (Bilbao, 1989) and Osías Yanov (Buenos Aires, 1980), we highlight the work of the Argentine artist Escaleras, who after obtaining the award, becomes part of the Centro de Arte 2 de Mayo collection. 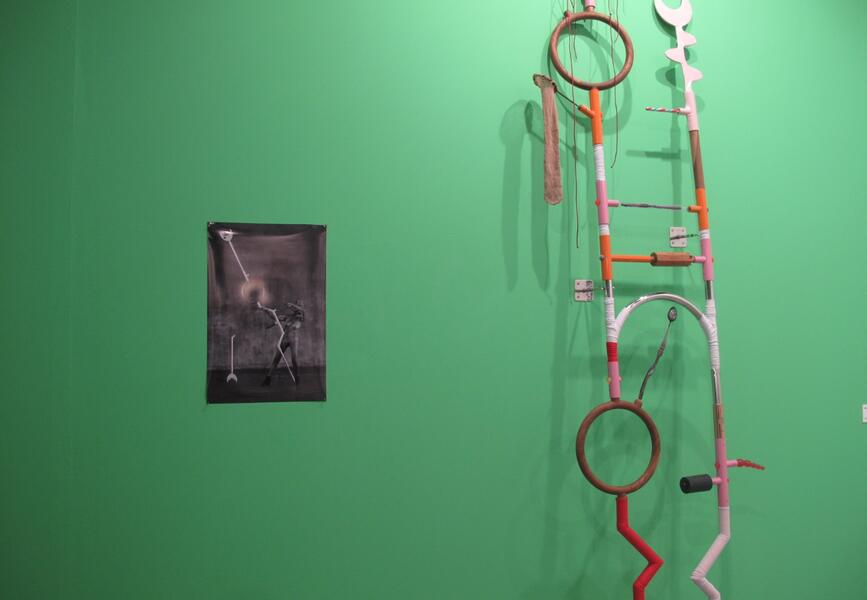 Exhibeted in the context of Dialogues section, three artworks by Yanov interact at the Nora Fisch gallery stand alongside an audiovisual piece by the iconic German-Argentine artist Narcisa Fisch. Focused on the decolonization of subjectivity and the exaltation of a fluid identity, Yanov is best known for his performances and videos. However, in this edition of ARCOmadrid, it was his artwork Escaleras (Stairs) ― abstract sculpture conceived as a staircase accompanied by pre-Columbian ceramics, sex toys and historical references ― that won the prize.

Yanov's work, as they explain from the gallery, aims to create objects of intellectual resistance to the stereotyping of subjectivities. For this, the artist builds dialogue fields where esoterisms, parties (understood as night rituals), gender theories and an approach to nature coexist

As an aesthetic starting point, Yanov is inspired by the famous Hindu board game Snakes and Ladders. The game, which emerged centuries ago proposes a moral pilgrimage in which the participant can, through the execution of “good deeds,” access the Moksha (salvation). Otherwise, one descends into reincarnation. Thus, the staircase reproduces this ascendance/fall through the staircase and makes it dialogue with modern and contemporary history.

The artworks can be seen in the stand of the Argentine gallery Nora Fisch located in the Dialogues section conceived by Agustín Pérez Rubio and Lucía Sanroman. Osías Yanov is one of the two participants in exp. 3: Affect Archives, which opens on February 21, one of the preliminary exhibits at the Berlin Biennale.