ARCOmadrid 2020: ACQUISITION AND DONATION BY AND FOR THE REINA SOFÍA MUSEUM

The Reina Sofía National Art Center Museum acquired a total of 13 artworks exhibited at ARCOmadrid, fair that closes its doors tonight in the city of Madrid. In turn, as part of its thirtieth anniversary, the museum received a donation in oeuvres equivalent to € 1.5 million. In both cases, the focus was on feminist productions and the visibility of Latin American art.

There are only minutes left before the thirty-ninth edition of ARCOmadrid has finished its course. Therefore, it is time to mention one of its conquests: revitalize the Reina Sofía National Art Center Museum’s collection. 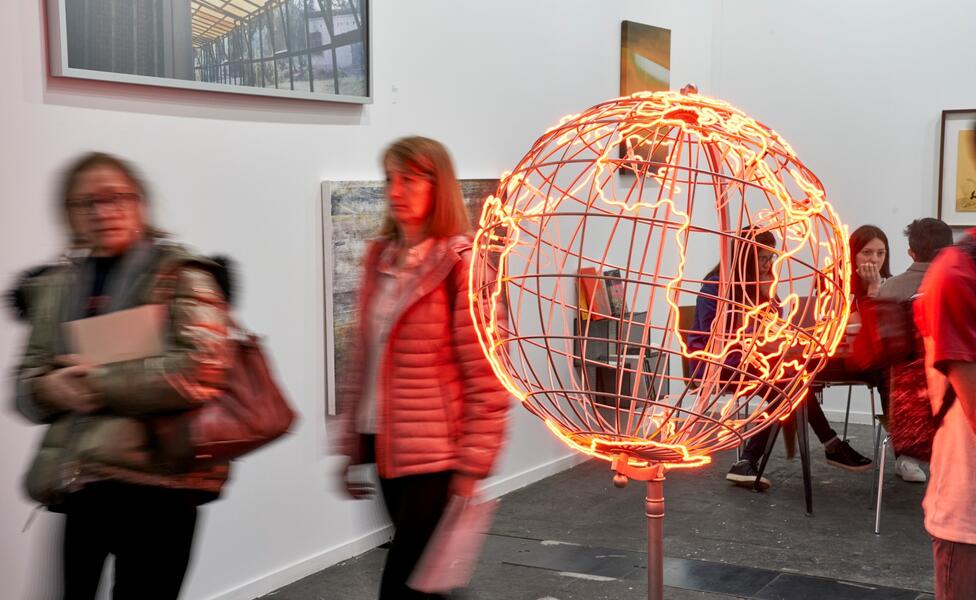 As it does in each edition, the Madrid institution approached the artfair to incorporate new pieces to its treasure. Although the economic effort has been significantly less than last year (almost a difference of €150,000), the museum has incorporated a total of thirteen artworks exhibited at the fair. Among them stands out Pinturas de Castas (2019), by the Peruvian artist Daniela Ortiz (Cuzco, 1985). This is the artist's first work in the collection of the Spanish museum.

With the objective of strengthening its collection based on feminist productions, the museum also incorporated works by Victoria Gil (Bajadoz, 1963) and the duo Helena Cabello (Paris, 1963) and Ana Carceller (Madrid, 1964). In addition, they bought works by artists such as Henrik Olesen (Esbjerg, 1967), Jacqueline Mesmaeker (Béligca, 1929) and Ana Buenaventura (Madrid, 1942).

On the other hand, the celebration of ARCOmadrid has brought to the Spanish capital a hundred of collectors from around the world ― they estimate that more than 90,000 people have attended the fair ―, among them Argentine businessman Jorge M. Pérez. Pérez's visit not only left his signature on the ownership papers of 16 works, but also came accompanied by a donation of a dozen works to the Reina Sofía Museum.

Equivalent to a price greater than one million euros, all the pieces donated by the businessman to the museum's collection belong to Latin American artists, including important figures such as Eugenio Dittborn (Chile, 1943) and Fernando Bryce (Peru, 1965). Pérez (known in the international art scene for his generosity - in fact, the Perez Art Museum in Miami bears that name in homage to his person) donitanios does not only revitalizes the Reina Sofía’s collection regarding art from South America, but also positions artists of the region in one of the most important museum institutions in the world.