At the Bombas Gens Centre d’Art in Valencia, inaugurates tomorrow a solo show by the Norwegian artist Anna-Eva Bergman (1909-1987). Under the curatorship of Nuria Enguita and Christine Lamonthe, Fom North to South, Rythmswill be open to the public until May 2019 in the Spanish cultural center. 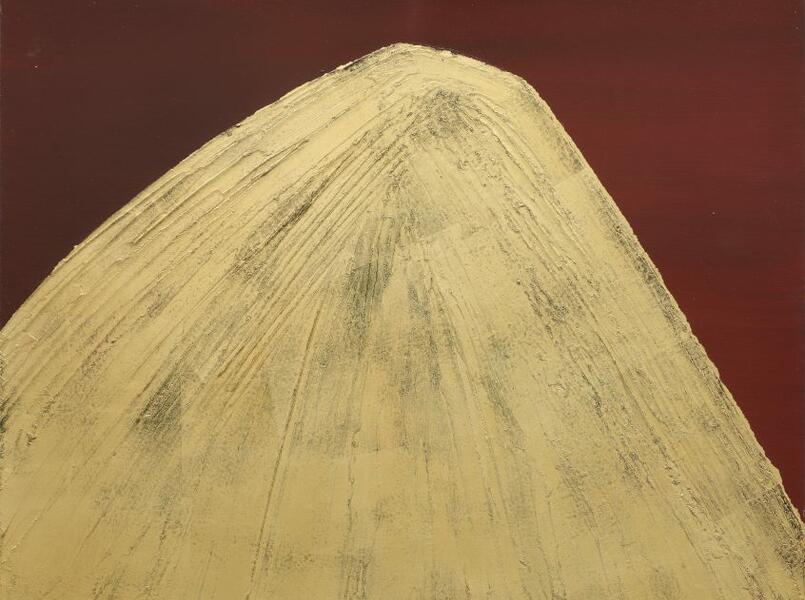 Taking a look over the last years of the artist production, the exhibition shows the artworks made between 1962 and 1971, period in which Bergman -who lived in Paris, France- traveled repeatedly to Spain and Norway. It is evident, in the curatorial work, the dialogue that is established between the landscapes of northern and southern Europe countries, where the use of light is contrasted in each region. The journey made by Bergman to Almería (Spain) also takes on a certain role: there, the first horizons appear, a fundamental element in his work. The same happens with rocks, a motif that appears from one of her trips to Norway in 1951 and that would be replicated in a journey through the Iberian Peninsula interior. As a result of this appears the famous series Stones of Castile.

Regarding "rhythm" concept placed at the exhibition name, curators refer to what Bergman called to the harmony between the use of materials in conjunction with forms, a technique that leads to the transformation of color according to the environment light.

The exhibition inaugurating tomorrow at Bombas Gens Centre d’Art is, without a doubt, an exceptional opportunity to get to know the artworks of a Nordic, but world artist, often associated with figures such as Mark Rothko or J.M.W. Turner.

Anna-Eva Bergman (1909-1987) is a Norwegian artist who considers the “rhythm” such a painting essential structural element, a rhythm resulting from the use of certain materials -metal sheets, gold leaf, silver or copper- forms, lines and colours. Her work undergoes a radical turn from the 50s, when she focuses on pictorial abstraction. The landscape then becomes the essential reference of her work: natural motifs, Scandinavian mythology -stones, planets, mountains, boats- or Norwegian light. Her relationship with Spain began in 1933, when she settled for a year in Menorca with her partner, Hans Hartung. The trip to Andalusia in 1962 will be, however, the most decisive for her work: there she begins to elaborate her first horizons, a motif that she will resume when contacting with the Norwegian landscapes. This link between Norway and Spain -north and south- leads to a similar formality between both landscapes, which acquire, on the other hand, very different tonalities. The stone motifs it is also fundamental in the artist, which began to develop in 1951 on her trip to Norway and took over in the early seventies to travel the interior of the peninsula, as testified by her series “Stones of Castile”.