AN EXHIBITION WHERE SPACE TAKES A BODY

On October 26, at SKETCH gallery new space in Bogotá inaugurates huésped (guest), by Matías Armendaris. Through an immersive installation, the Ecuadorian artist transforms the space into an organic body. 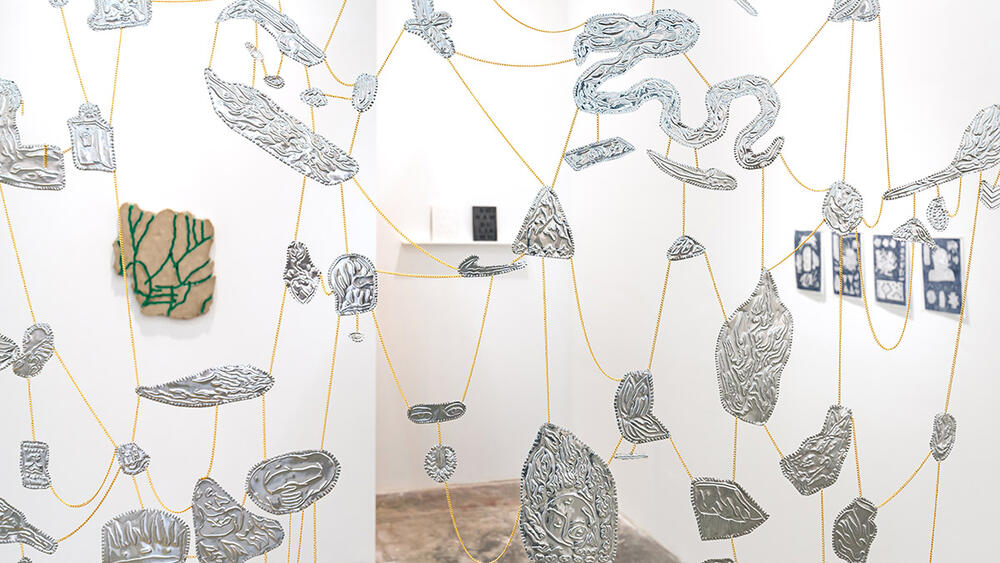 Written in verse, huésped is described by Armendaris with the following words: The invisible body is present / his armor as a mirror / absorbs our image. / Integrates us all together / and makes us an only beast. / Swallowed it digests us slowly, / and together he transforms us into him. In this way, the work is understood as an organic body, which becomes more than a mere arrangement of objects in space.

Furthermore, understanding the word "guest" -both in its biological and everyday sense- as a being that dwells within another, or rather within its space, Armendaris uses this linguistic game to talk about the private spaces and common spaces. Taking as a starting point reality - as empirical space -, the work seeks to represent that great universe that encompasses all spaces. In artist words: "Each different version of the world is connected by this greater world, this reality that as a chain joins all the other worlds in a constellation of multiple realities".

Characterized by conceptual works, Matías Armendaris (Quito, 1990) artworks try to represent the relationships between individuals and their environment. Combining practices such as reflexology with appropriate symbols and own authorship symbols his works would seem to constitute a whole worldview.

Curated by ASMA, huésped inaugurates on October 26 and will be open to the public until January 26, 2019. A great opportunity to get to know the work of a young and prolific artist.