AIMING TO BRING US CLOSER, A SPECIAL SERIES IS PRESENTED BY THE INTERNATIONAL SHORT FILM FESTIVAL OBERHAUSEN AND E-FLUX

The series presents a short film every week—all of them freely available online. You can watch them here: 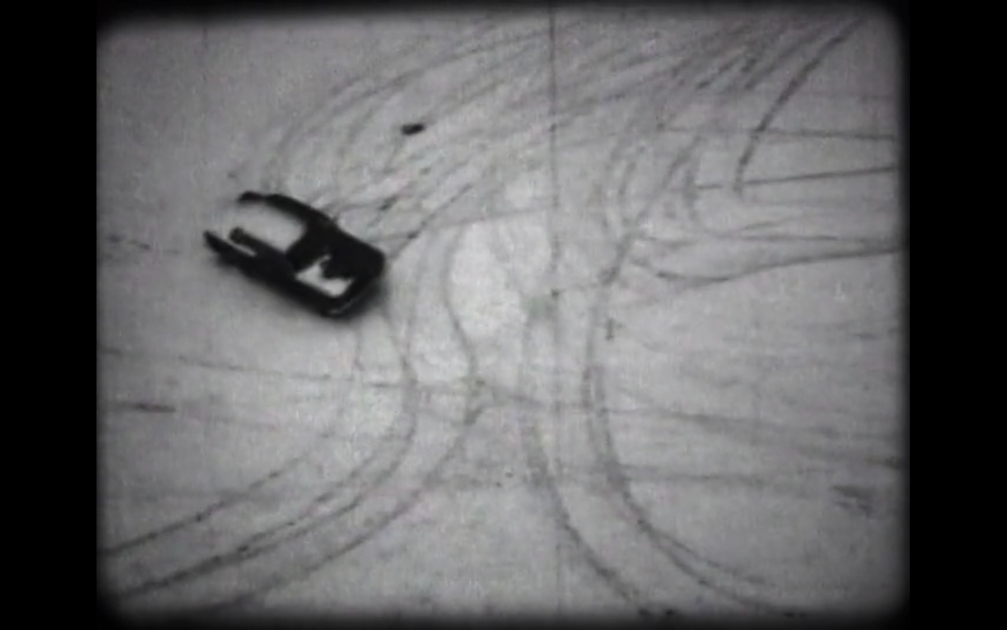 In 1978, Robakowski moved into a new flat in a newly-built high rise in the center of Łódź. That’s when he began filming the people and events he could see from his kitchen window. The film was made on the basis of a dozen or more hours of footage shot during 1978–1999. The artist filmed the front yard of his block of flats in a part of Łódź called “Manhattan”—a cluster of tall, cement housing buildings vaguely resembling New York’s skyscrapers. The images are accompanied by the artist’s commentary, which brings the viewer closer to his neighbors and family. The film comments on the gradual yet profound political and social transformations that took place in Poland over these two decades.

An uninterrupted traveling shot seen from the inside of a car. From the end of a night till dawn, from the Bastille to the Champs-Élysées—by way of the boulevard des Italiens, avenue de l'Opéra, and rue de Rivoli—a depopulated Paris offers itself to Marguerite Duras' voice. In Les mains négatives, Duras creates a literature beyond the book, where the boundary between fiction and documentation becomes obsolete.

John Smith, Dirty Pictures | From My Window / From Your Window: Film #3

“To the question of how one travels and collects images without objectifying, John Smith answers by shooting the generic in place of the exotic.  In Dirty Pictures, an Englishman travels to Palestine but instead of showing us the long lines at the checkpoints, the military artillery on display or the unbearable poverty inflicted on the general population, he elects to shoot the familiar interior of two common hotel rooms.  But nothing is ever entirely banal in the West Bank, or so it seems.  As the wind from the window of his room hits the ceiling, the tiles start moving up and down. Off-camera, Smith explains that this newly renovated hotel reopened recently after being requisitioned by the Israeli army in 2000 at the start of the second Intifada because of its strategic location on top of a hill.  The surreal movement of the tiles becomes a poetic reminder of the building’s haunted past.”

Chantal Akerman, La chambre | From My Window / From Your Window: Film #4

Two 360° traveling shots describe the space of a room as a succession of still lives: a chair, some fruit on a table—solitary, waiting objects. Glimpsed within these movements, one sole presence: a young woman sitting on a bed. The third shot stops in mid-course, to reverse its movement and reframe the young woman who is eating an apple.

Herz Frank, Ten Minutes Older | From My Window / From Your Window: Film #5

The title Ten Minutes Older refers to the length of this cinematic experiment about the power of exaltation, but also to the toddlers and preschoolers appearing before the camera. Ten minutes of their lives go by while they watch a puppet show, of which director Herz Frank shows us nothing at all. All we see are the concentrated expressions of the little kids. (IDFA)