A ROUGH MEMORY: A MEMORY RECONSTRUCTION

Yesterday at ROLF ART Gallery (Buenos Aires, Argentina) inaugurated Una memoria Tosca (A Rough Memory), RES individual exhibition with the collaboration of Guillermo Galíndez and Osvaldo Ruiz. Referring to the Cordobazo events on May 29, 1969, RES work questions the drained intervals of memory and memory in related to insurrectionary events. 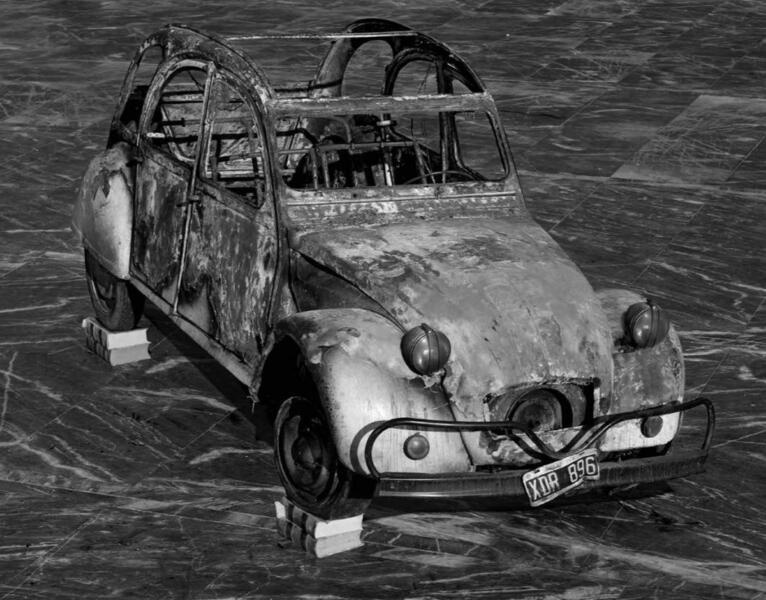 Una memoria Tosca builds a kind of genealogical map about Cordoba’s memory in relation to the popular events of that year, on the one hand, and a reconstruction -also genealogical- of avant-garde art that was then manifested in the Argentine province, on the other hand. Thus, RES gathers acronyms, popular slogans, archives, testimonies, images, art, politics, etc., proposing an intersection between all of them that allow the viewer to interrogate the news from the past, its iconographies, manifestations and symbolisms.

In Adrián Cangi’s text that accompanies the artwork, he writes: "The photographs of Res unfold the past provoked by the negatives of José Ardiles, bought by Luz y Fuerza to his family, as the genesis of the topography of rebellion, among the intolerable of the reproduction of territorial repression and the pensive of the durability of popular slogans as places of memory. Its composition gathers material from the Historical Documentation Center of the Cordoban branch of the union, which contains the mythical images of Ardiles, Osvaldo Ruiz and Guillermo Galíndez, objects and elements of popular action and the legendary Citröen burned, which breaks into the space unit of the event as a sign of tragic memory, returning from the past as a phantom object that is updated by a present action in which Res returns to burn a model of time recording the action. Vital routines and topographic trajectories make of the archaeological eye of RES a tracker of footprints at the crossroads between the past and its permanence in the present. His eye uncovers myths, tragedies, epics, affections of militancy, objects of revolt as the return of a recovered time. It surrounds the "out-of-time" of the event as if it knew with precision that it is always behind the back of the one who registers the world, even if it drives its action ".