A RAINBOW BETWEEN MÉXICO AND THE UNITED STATES

Within the framework of the Desert Exhibition of Art, a site-specific project where contemporary artists build large-scale installations in the desert, the Mexican artist Pía Camil (Mexico City 1980) presents Lover's Rainbow: a mega structure in the shape of a rainbow in the middle of the desert. 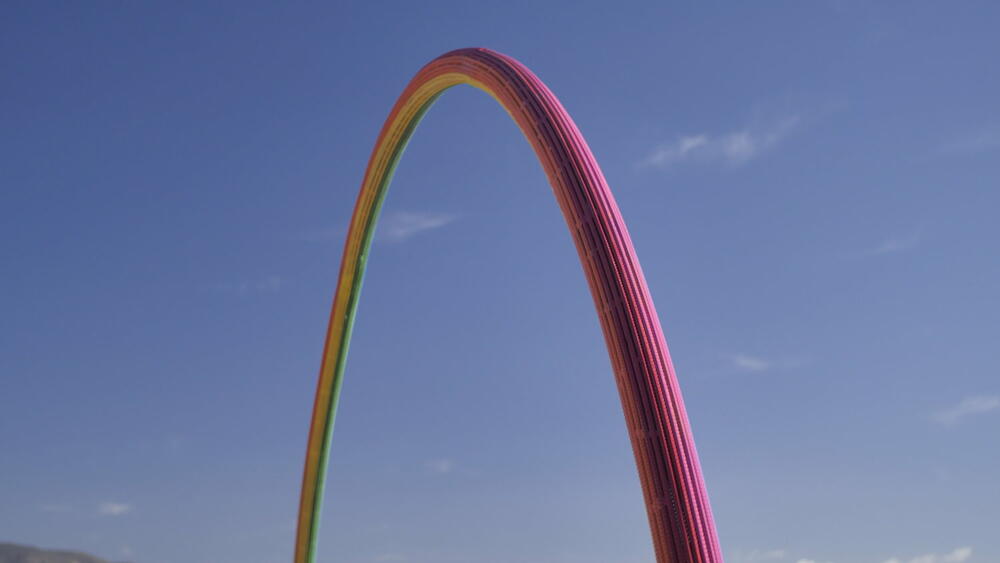 The two bases Camil’s rainbow are planted, one in Baja, Mexico, and the other in Coachella Valley, United States. In this way, the installation represents a bridge between both nations, protagonists of one of the most violent and conflicting frontiers of today. Built from painted reinforcing bars, they are the development that, in the Mexican landscape, usually fall into frustration and abandonment.

Centuries ago, rainbows have symbolized fertility. " Located in desert territory, the act of bending the rebar into the ground is a way to re-insert hope into the land. The mirror rainbows are also meant to throw light onto the current immigration policies, prompting viewers to see things from two perspectives," it’s described at the Desert Exhibition of Art website. Under the curatorship of Pablo León de La Barra, the project of the Mexican artist seeks, through an artistic gesture, to reinsert hopes within a degraded and agitated territory by extreme political measures.

Honoré de Balzac, the great French novelist 19th century, once describe the desert as “God without men”. From this appointment, it is from where this huge site-specific project developed on the border between Mexico and the United States is conceived. Using the desert as a source of inspiration, as a canvas, as a stage without a stage or exhibition room without walls, the Desert Exhibition of Art seeks to inspire contemporary artists, leading them to develop large-scale projects that take ownership of the territory, demystifying it, to re-mystifying it and endow it with a new series of possible interpretations.