Integration and Resistance in the Global Era: Personal Reflections

In the wake of devastating hurricanes and a faltering local and global economy, the Havana Biennial successfully harnessed the support of Cuban institutions as well as friends, foundations, and governments outside the island. (Illustration #1) 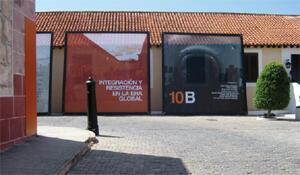 1. Rubén del Valle Lantarón, director of the Biennial, wrote: “The term has become one of the most appealed to for the analysis of the phenomena of the contemporary world, whether of domestic, ecologic, technologic, scientific, political or cultural nature. It is a new era where conflicts excel the already traditional North-South, East-West, Capitalism-Socialism poles to become issues that involve the whole planet to an equal extent and where the survival of the human species is at stake in many cases.” Décima Bienal Habana: Integration and Resistance in the Global Era. Centro de Arte Contemporáneo Wifredo Lam. Consejo Nacional de las Artes Plásticas (2009), p. 19.
2. See http://www.cubaencuentro.com/es/entrevistas/articulos/nadie-esta-dispuesto-al-borron-y-cuenta-nueva-171188
3. Rubén Del Valle, email communication with the author, May 12, 2009.
4. This site-specific encampment had a dramatic visual appeal similar to that of Kaarina Kaikkonen’s Departure (2003), an installation of 1,500 jackets furling in the wind, forming the outline of a large boat also located in the same place in the dry moat.
5. Very recently the new unity government started to allow foreign currency to be used instead of Zimbabwe dollars.
6. An asterisk before an artist’s name indicates that they were “a specially invited artist.”
7. Aravena’s father is Chilean and her mother Palestinian. Much of the artist’s work deals with transcultural issues.
8. The artist was part of the exhibition Punto de encuentro organized by Kcho at the Convento de San Francisco (see note 2 above).
9. Goméz Peña invited Tania Bruguera to collaborate by creating two different performances that were supposed to take place simultaneously in separate, but nearby, patios on the first floor of the Center Wifredo Lam. For reasons unknown to me, the audience remained in place during the Bruguera performance and then moved on to participate in Goméz Peña’s. He refers to his cast as “chicubanaria” in acknowledgment of their Cuban, Chicano, Canary Islands, and Spanish backgrounds. See “Goméz Peña explica su posición frente a la ‘Controversia’ Tania Bruguera,” written from Mexico City on April 13. I received it from the Center Wifredo Lam on April 24, 2009.
10. The plena is a popular song and dance composition originally from Puerto Rico; it serves as a narrative for events as diverse as politics, sports, crime, and natural disasters.