Article taken from the Rayo Museum

The painter, engraver, and sculptor Omar Rayo, the pillar figure of geometric abstraction in Colombia passed away on Monday the 7 of june in the city of Cali. The master Omar Rayo was from Roldanillo Valle (the 20 of january 1928), possessed one of the most extensive works that an artist can exhibit on Latin America. He started as a cartoonist and an illustrator. At 20 years of age he was elected as an official cartoonist for the IX Pan-American Conference in Bogota. 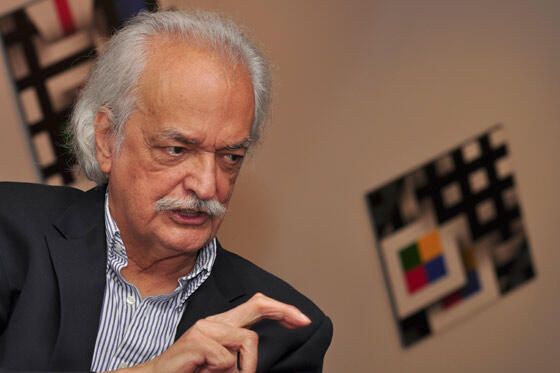 In 1950, he participated in the Salon de Artistas Colombianos with his oil “crucifixion”. A little after that, after the Salon de Caricuristas, he achieved four awards. After that moment he started a new pictorial stage: “Bejuquismo”, using Indian resins, in a way that his works acquired a singular aspect. In 1954 he realized a trip to Latin America and he also presented some of his works in more important galleries in the capitals he visited. Four years later he returned to Colombia, and his change towards geometric art was more evident. In 1959 he received a scholarship to study in Mexico City. The following year he went to New York, where he established his residency. In this period his works traveled the most important North American and European scenes.

In 1981 he built the Rayo Museum in Roldanillo, where he not only exposes the founder’s works, and the works of other Colombian and South American artists, but also painting and engraving workshops. In 1983 he inaugurated the project of Arte Vial with international artists within Roldanillo and Zarzal Valle of Cauca, Colombia. In 1996 instilled an 8 meter metallic sculpture in the city of Cali, and in 1997 instilled a 6 meter metallic sculpture in the city of Sevilla Valle, Colombia. Likewise, he developed three sculptural projects in a great format in Mexico and another city of Cuenca in Ecuador.

Omar Rayo was, without a doubt, one of the most known and respected Colombian artists to the international level. He participated in hundreds of individual and collective expositions in the whole world with an abstract work impregnated for the reference for concrete objects. He perfected himself as a geometric-optic artist moved by his love for squares, rectangles and zig zag lines.