The Panamanian gallery celebrates its 10-year history and the renewal of its image. Its director, Gabriel Cruz, shares a few words: 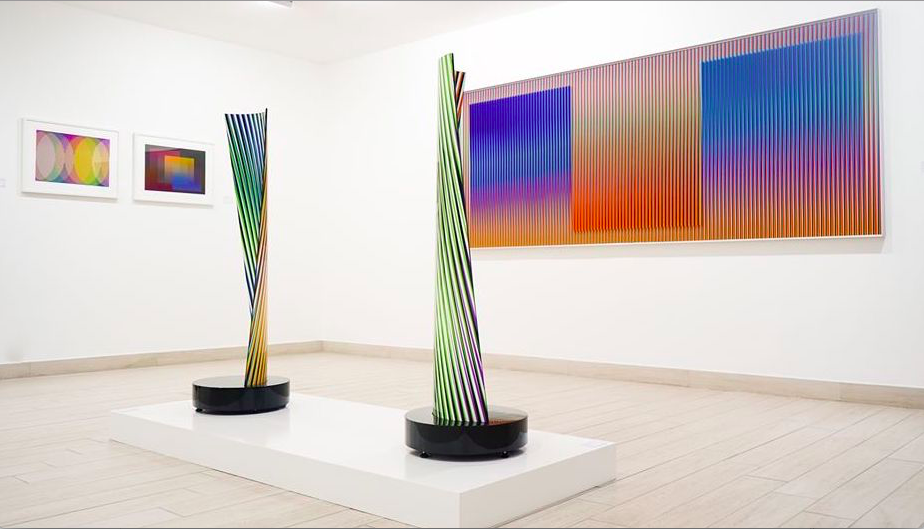 “In April 2010, guided by the will and vision of my father, and accompanied by my sister and mother, we opened a gallery in a space and country that were new to us then. The role of gallery owners was also new: we had always been on the other side, that of the artist and his workshop, accompanying and enabling the production of the work of my grandfather Carlos Cruz-Diez and other artists.

Marión Art Gallery was created at that time as the perfect complement to the Articruz workshop, opened a year earlier, with the intention of being both the space to show the works produced in the workshop, and the way to bring international artistic proposals to Panama, which until then had not had a presence in the country. That would become our direction: to show something different, great masters and contemporary proposals that could represent a new starting point for cultural dialogue in the country. Geometric abstraction, kinetic art and its current derivations, together with a limited selection of photography and other plastic media whose inquiries seemed novel and fertile for common discussion.

In addition to Cruz-Diez, the works of Soto and Le Parc, of the Italians of Group N, Luis Tomasello, Antonio Asis, Knopp Ferro or Klaus Staudt, photographers such as Liu Bolin, Maia Flore or Kim Kyung Soo, have passed through our rooms. Important Venezuelan and Latin American artists such as Rafael Barrios, Elías Crespín, Carlos Medina, Héctor Ramírez, Manuel Ojeda, Leandro Erlich, Darío Escobar or Jose De Oliveira Macaparana, young artists of international relevance such as Felipe Pantone, David Magan, Thomas Witte or Abel Ventoso, and local artists found in our gallery a space for the exposition and development of their work, as well as  Cisco Merel, Emmanuel Moses or Damián Hernández.

We have developed large national and international exhibitions and projects together with the Articruz workshop, which go out to the world with the "made in Panama" seal; We have opened our doors to interact with the country's cultural ecosystem and actively participated in the creation of cultural initiatives and support for local activities and programs; In short, we have found in Panama a place to create, to speak and to grow.

Ten years after that opening exhibition, we celebrate this anniversary by looking back over the course of a decade of exhibitions, fairs, projects and challenges. We are happy and proud of what we have achieved, but above all grateful to you, our friends, collectors, artists and visitors, who have accompanied us on this journey. After this necessary retrospective, we invite you to continue looking towards the future together”