Until January 2021, LaCa Projects presents Beachcomber, the gallery’s third solo exhibition of internationally acclaimed contemporary artist Carlos Estévez. Beachcomber is a multimedia exhibition consisting of over fifty artworks in painting, found object assemblage, and ceramics. View the exhibition and unveil  a pivotal juncture in the continuous evolution of Carlos’ artistic process, with references to archetypal themes of metaphysics, transformation, and human spirituality. 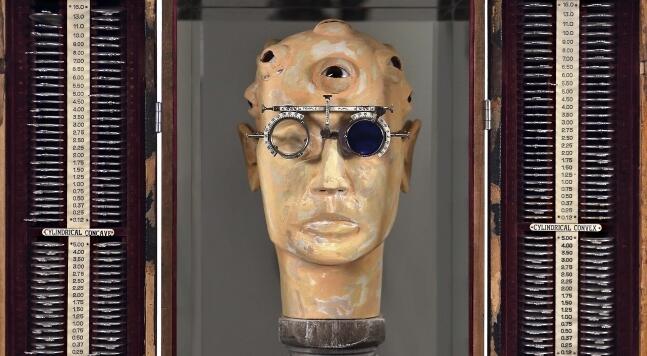 In these works, Estévez builds worlds, allegories for the tension between our microcosms of imagination and our macrocosms of existence, as we try to suspend ourselves between the two to maintain our sanity. He draws from experiences as varied as his compositions: a life started in Cuba, but with significant time in Paris, Charlotte, and in the last few decades, Miami. He bends these experiences through the conceptual lens of illuminated manuscripts, medieval texts, and contemporary philosophy, what Estévez has described as “transcriptions and translations of my everyday observations into images.”

Carlos Estévez (b. 1969, Cuba) currently lives and works in Miami. His education began at the Escuela Elemental de Artes Plásticas, continued at the San Alejandro Academy of Fine Arts, and was completed at the Instituto Superior de Arte in Havana in 1992, where he received his Bachelor of Fine Arts. His work in painting, drawing, sculpture and installations has received international praise, notably the Grand Prize in the First Salon of Contemporary Cuban Art in 1995. He has been featured in numerous solo exhibitions at prestigious institutions such as the Fine Art Museum in Havana, Cuba, The Patricia and Phillip Frost Art Museum at Florida International University, and the Center of Contemporary Art in New Orleans, Louisiana. His works may also be found in public and private collections worldwide, including the National Museum of Fine Arts in Havana, The Ludwig Forum in Aachen, Germany, The Museum of Fine Arts, Boston, and the Perez Art Museum in Miami, Florida.