Ecstasy, unfaithfulness and torment are some of the acts that permeate the exhibition “BONELESS” by Carlos Herrera, which can be visited by appointment and respecting hygiene and safety measures. 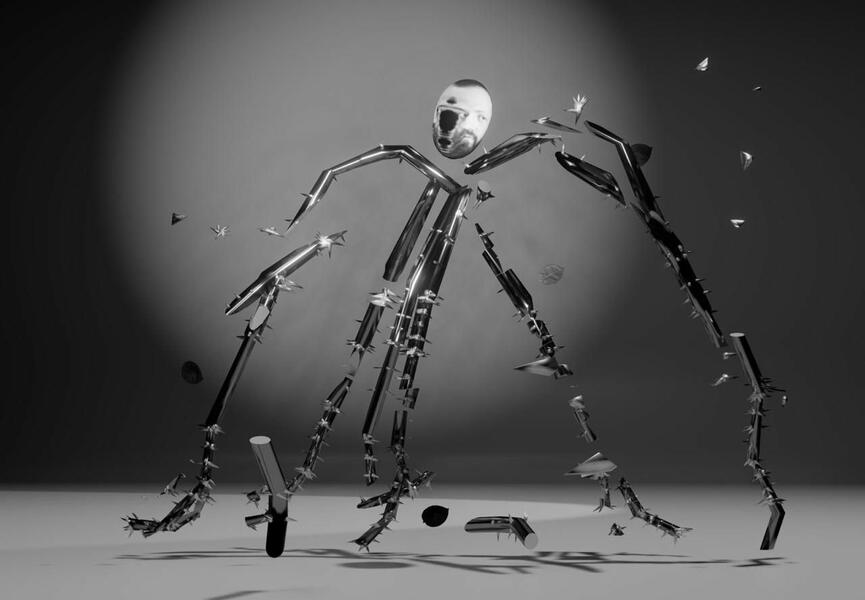 “BONELESS is the prelude to a set of concepts and works that I have developed in the last 10 years. Without going back to lost paradises, but installed in the present, these works seem to land in order to execute the shadows of my thoughts. As if it were a reckoning of what is still fresh, what is not nostalgic; A staging of that memory of helplessness. The ecstasy, the unfaithful and the torment. BONELESS confirms my effort to build from the absence, the emotional archeology of that which has no form in my thoughts.

Perhaps they are things that I cannot understand from language, but I can see them: the hot nights, my peasant parents, the cultivation of flowers, the greenhouses, the fragrance of chrysanthemums, the roses and their thorns, the flower arrangements, the owls, the spiders, the mice, the eucalyptus forest, the animal bones, the human bones, the crowns, the cemetery, my bed, the warm sheets, the crushed pillow, the clothes thrown on the floor, the patrons, the stairs, the adobe walls, the smell of my friends and the night games.

I could say then that this exhibition is the closest thing to what is engraved on my pillow. A place where my mind takes refuge every night, trying to disappear, and makes rest into a bestial ecstasy, as if trying to sleep with my eyes open.

Is there a possibility of disappearing?

I am sure there is"

Carlos Herrera was born in Rosario in 1976. During his adolescence he took painting classes with the litoral masters Raúl Domínguez and Ambrosio Gatti. In 1998 and 1999 he conducted workshops in the School of Humanities and Art at the National University of Rosario. Since 2000 he has held individual and collective exhibitions in Argentina and abroad, and in 2009 he individually exhibited an extensive edition of photographs entitled "Perfect Temperature" at the Ricardo Rojas Cultural Center in Buenos Aires. In 2010 and 2011 he was part of the Kuitca UTDT Scholarship, and in 2011 he won the First Prize Petrobras arteBA with his work “Self-portrait on my death”. That same year he represented Argentina at the Istanbul Biennial.

His projects are of intimate characteristics and are manifested in the construction of installations, video and audio documentation, photography, sculpture and actions.

SCHEDULE YOUR VISIT TO THE GALLERY HERE