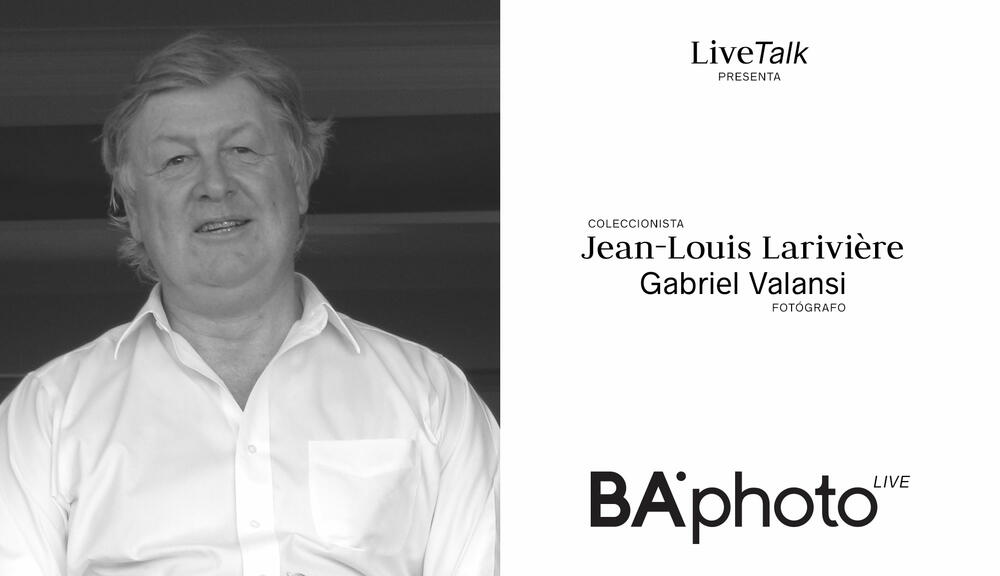 Born in Buenos Aires and educated in Paris, business ventures and family ties expanded and deepened Jean-Louis Larivière's ties with Argentina from a young age. Over the years, he gave shape to an old desire: to found his own publishing company. And it materialized in 1992 with the creation of Ediciones Larivière together with Dudu von Thielmann, a patron of Latin American art, and the publication of Estancias Argentinas, his first book.

Ediciones Larivière thus began to occupy a special place in the Argentine publishing world due to the high thematic and artistic impact of its books and the visual quality that distinguishes them. Larivière is convinced that cultural aspects have a decisive importance in the education and social awareness of a country, so he did not hesitate to publish accomplished artists but also new generations of young and unknown talents. His purpose in spreading the wonderful natural and cultural heritage of Latin America led him to specialize in creative photography.

Currently, Jean-Louis is completely immersed in a new project: the opening of the Larivière Foundation, photography and culture, a large place in the Arts District of the La Boca neighborhood. The important collection of photography and photobooks of his property will be an essential part of this space, as well as exhibitions, conferences and everything that is a meeting point and reference for photography in the south of the American continent.

Gabriel Valansi lives and works in Buenos Aires, Argentina. Visual artist and photographer, Valansi uses various mediums of expression such as the video, installation and photography. He studied Physics and Engineering. He has represented Argentina in several international biennials such as Ushuaia (2001), La Habana (2012 and 2003). He has been awarded with prices and received many accolades such as Artist of the year, by the Argentine Association of Art Critics (2001), Best multimedia exhibition award by the Argentine Association of Art Critics (2005), and The OSDE Foundation Award for Visual Arts (2005). He has been featured in important leading national and internationals publications. His work has been shown in numerous solo and group exhibitions in Argentina, Spain, France, Austria, Germany, Israel, Switzerland, United States, Brazil, Colombia and Paraguay, among others. Today his work is part of important national and international collections such as Museum of Modern Arts of Buenos Aires – MAMBA (Buenos Aires, Argentina), Museum of Contemporary Arts of Rosario – MACRO (Rosario, Buenos Aires), Emilio Caraffa Museum – MEC (Córdoba, Argentina), Museum of Fine Arts – MFAH (Houston, United States), Bibliothèque Nationale (Paris, France), Museum of Modern Art (San Pablo, Brazil), Museum of Modern Art (Río de Janeiro, Brazil) and Casa de las Américas (La Habana) among others.