On Saturday, July 25th, Gabriela Rangel, Art Director at the Museum of Latin American Art of Buenos Aires (MALBA), discussed her institutional projects in the museum with Francisco Medail, Art Director at BAphoto. 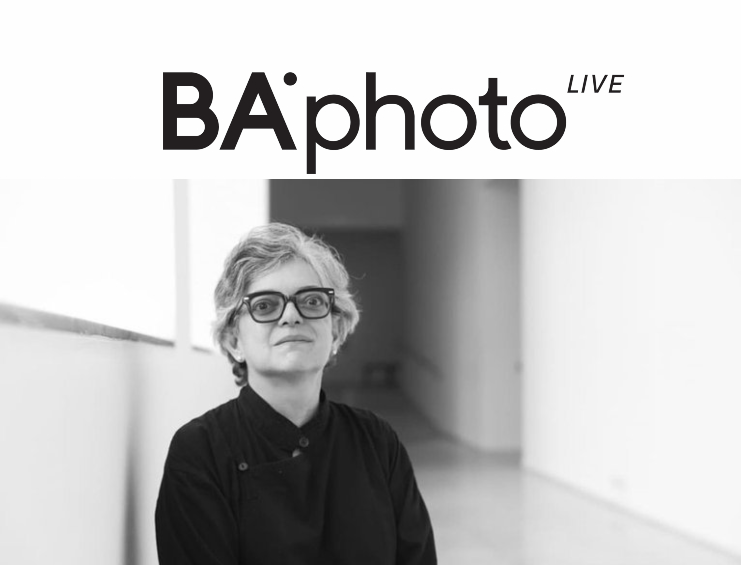 Given the expansion of the Covid-19 and the global pandemic situation, BAphoto- the most important Latin American art fair specialized in photography- transforms for the first time its annual fair into a special online edition open to the international community. Thus, BAphoto Live was created, a virtual space dedicated to the promotion, circulation and commercialization of Latin American photographic art. A platform designed according to current circumstances, offering the public a specific selection of works from 40 art galleries from different regions and trajectories.

Gabriela Rangel is the Art Director of the Museum of Latin American Art of Buenos Aires (MALBA). Previous to this, she directed the Visual Arts department of Americas Society, New York's oldest program devoted to Latin America. Prior to that, she worked at the Consejo Nacional de la Cultura (CONAC), the Fundación Cinemateca Nacional, the Museo Alejandro Otero, and the Houston Museum of Fine Arts. Her most recent exhibition projects include Erick Meyenberg, Re mayor no es azul (Museo Amparo, 2019) Lydia Cabrera and Edouard Glissant, Trembling Thinking (Hans Ulrich Obrist and Asad Raza, Americas Society, 2018-19), Jorge Eduardo Eielson (with Sharon Lerner, MALI, Lima) 2017-18; Archives of the Infra World: Nascimento-Lovera and Erick Meyenberg (Krinzinger Projekte, Vienna, 2017); The wheel bears no resemblance to a leg (with Lucia Sanromán, AS-Yerba Buena Center, San Francisco) 2017; The Art of Friendship: Xul Solar and Jorge Luis Borges (CCK, Buenos Aires) 2016; among others. She has published essays for the Recoleta Art Center (BsAs), the Gulbenkian Foundation, MALI, The National Art Gallery of Caracas, the Alejandro Otero Museum, the Houston Museum of Fine Arts, the Museum of Design of New York, and Tate Modern, among others.

Francisco Medail is an artist and cultural manager from the National University of Avellaneda. He is currently a student of the Master in History of Argentine and Latin American Art (IDAES). His work is represented by Rolf Art Gallery and is part of public and private collections, including the National Museum of Fine Arts, the Emilio Caraffa Provincial Museum and the Getty Research Institute. He currently directs Pretéritos Imperfectos, a collection of theoretical books on Argentine photography and since 2015 has served as artistic director of Buenos Aires Photo.