The PlayRoom section was planned as a platform for four curatorial essays that offer different routes and experiences in relation to photographic production. 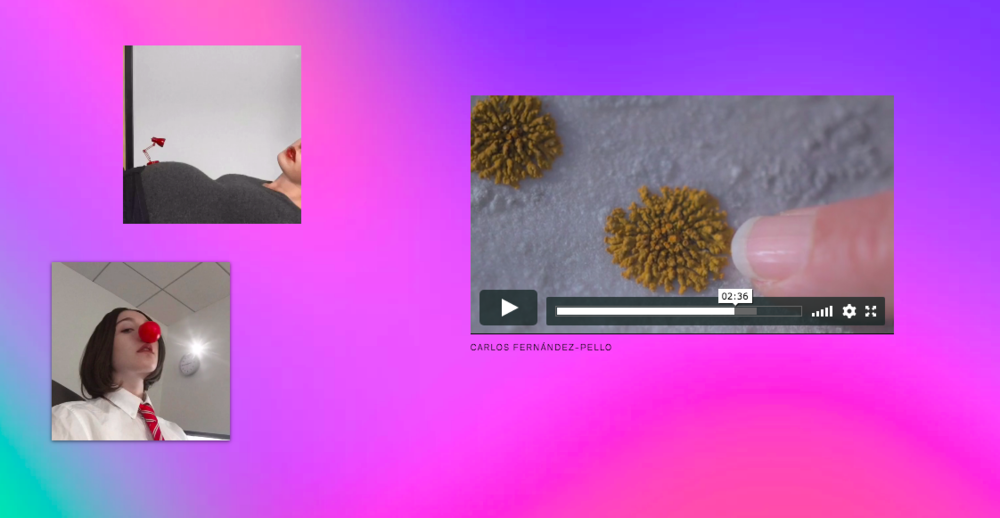 Within the PlayRoom section, the Spanish curator Alfredo Aracil presents the exhibition Lines of Virtuality. In the particular context that the digital platform BAphoto Live has emerged –as a response to the health crisis from the possibilities that technology allows us–, Aracil's curatorial project manifests itself as an extension of this: to analyze the transformations that disciplines such as computational design and biotechnology have introduced into artistic production processes.

"In addition to storing data and solving operations", writes Araceli in reference to Lines of Virtuality, "the communication and image production machines operate at the heart of our subjectivity." And he adds: “Their intelligence is not only measured in terms of memory and stability, but also and above all by their quasi-human sensitivity, by how they are capable of interfering in objective reality, processing affects and producing unconscious phantasies, neither inorganic nor incorporeal.”.

With the idea of​​exploring the possibilities of pushing the limits of new media and, consequently, new languages, the selection of works made by Aracil is not at all accidental. Privilege (April 29, May 2, May 12, May 17, 2016), for example, by the young Argentine artist Amalia Ulman, is a playful work that alludes to the tools of one's own design and ways in which one can self-identify within virtual systems; or Internacia Lingvo, by Alan Segal, who, through a hypothetical technical modification of the screens, proposes new forms of existence; or as is the case with Strabisme Interne, a work by the artist Florencia Rodríguez Giles that establishes original forms with respect to time and space based on plastic experiences whose creative base resides in error.

BAphoto’s commitment commitment to promoting artistic practice also includes support for artists who constantly experiment with the photographic device and other audiovisual media. The opportunity that the global context offers to bring up a discussion on these issues has never been better than it is today. The same can be said about the expert who brings us Lines of Virtuality to this edition of BAphoto Live.